Poet and singer Abdullah Miniawy will be taking Cairo Jazz Club by storm next Tuesday with his most recent album, Attempts of the Middle. 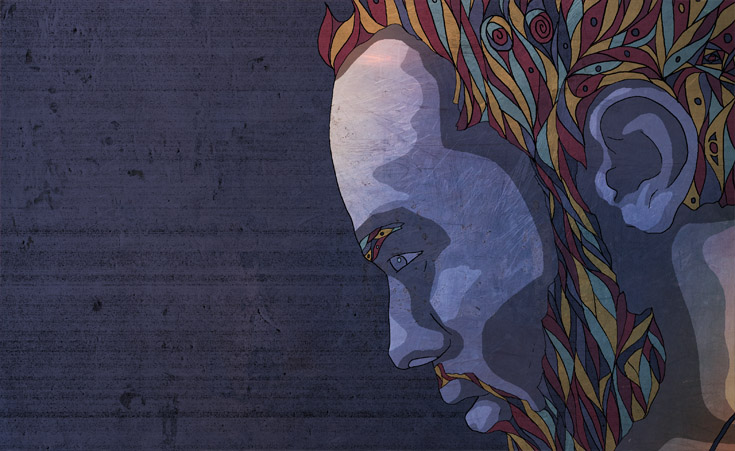 Ever since its foundation, Cairo Jazz Club has been more than just a nightspot; it has become a platform for artists and musicians to showcase their work, and a haven for the city’s art community. This founding principle has sustained CJC, set it apart, and put it on the track to become the city’s nightlife backbone. As part of the club’s commitment to fulfill its mission as an independent music and art stronghold, CJC will be hosting poet and singer Abdullah Miniawy’s new album launch on Tuesday, April 19th.

There is no pigeonholing Abdullah Miniawy; the multi-talented and fiercely independent artist has done it all, from theatre to poetry to music to rapping, and beyond. Sufism had long been a large part of his body of work, but the artist never ceases to evolve and amaze with his artistic directions. “I was part of the whole Zamalek Sufi scene, but I soon realised it was all political,” Miniawy tells us. “I know it is what a lot of people came to know me for, but it’s not the only influence on my art.”

Not that the artist has ever been one to shy away from controversial matters, his most recent work, Mo7awalat El Batn (Attempts of the Middle), is rife with political, social, and philosophical commentary for which the three descriptive words are: riot, fall, and shrine.

“Your stomach is associated with gluttony, which is why I chose to describe it with the word ‘riot’; it also witnesses miscarriages, hence ‘fall’; and ‘shrine’ because it provides rest,” he explains.

Poetry reading is not the most accurate description of the vertigo-inducing ride Miniawy will be taking you on; the act is complete with visuals and music of his composition. “The music is minimalist slam poetry, Hip-Hop style, and it also incorporates chants,” the artist says.

Miniawy’s business sense is as eccentric as his art – “I want to promote the album differently; I plan on releasing a booklet with the lyrics in Arabic, English, and hopefully French,” he enthuses. “And then the audio will be released on May 13th.”

Make no mistake, there is a very elaborate and sound reasoning behind this decision; “A lot of people don’t understand classic Arabic, so I figured this would make the project more accessible,” he explains.

We don’t know about you, but we cannot wait to see what the future holds for this prolific artist or what he has in store for us!