While the title of electronic producer Hussein Sherbini's latest album should be taken with a grain of salt - a stab at the narrow-sighted view of new Egyptian music - the content itself deserves to be listened to very, very carefully... 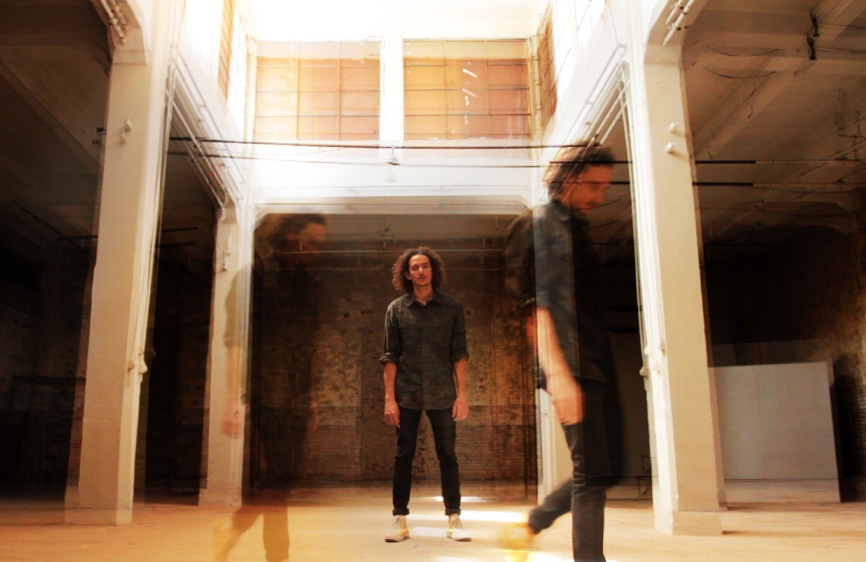 Towards the end of Singah, a track off Hussein Sherbini's sophomore 11-track album Electro Chaabi, we hear a soul piercing, exhilarated scream of pure frustration from the top of his lungs, followed by a massive clash that sounds like almost every element Sherbini has ever used in his music was thrown into a loop, and at the feet of Egypt's music scene.

This is a music scene seemingly appreciated only through Westernised, narrow-sighted, oriental fetishism both here and abroad. Whilst the importance of the nu-Shaabi movement must not be understated, it has overshadowed the parallel growth of some of Egypt's most cutting edge Electronic musicians; a scene which happens not to be born from the 'streets' but emanates originality none the less. Artists in Egypt who create works that don't have an 'oriental' feel or are connected to revolution simply find it far more difficult to get the same level of press attention, internationally.

It's a predominantly Arabic Rap album with all of Sherbini's trademark industrial synth cacophony and heavy bass, as well as a stand out dance track in Fayttah and an impossibly groovy intro in Faya. Whilst his debut album Fairchile released in 2013 was completely original, Electro Chaabi lays absolutely no where to be seen on the overused scale of universal genres.

Flexing between forceful in your face flow and sardonic, patronising poetry Sherbini throws shade and spits hot fire to an outdated generation of the country's musicians and music men. "After listening to my stuff you realise that you're old; salutations to the guest, quality in instalments is what we need, Who's on the list? Invitations only on the dining table. You should come, Sensation Ein El Sokhna Music, Amigo, VIP tickets starting from 1500, DJ BOOK ME PLEASE I'M FREE FROM A FOREIGN COUNTRY, Yo Syndicate of Musicians , go get your bribes at Dandy mall, I'll build a scene I'll tour the world with my band, from inside my room (translated)," he raps on Singah ripping into the pseudo glitz and glamour surrounding Egypt's nightlife, as bedroom producers create the real artistry.

The highlight of the album is Etneen Arba3a which ingeniously transist from a mean glitchy rhythm to a parody Shaabi beat whilst taking a swing at the lack of originality in todays music scene,"We'll finish some crap for anyone who'll buy it and if we have some remaining we'll rerelease it next year and when the people finally get bored of it we'll just get rid of it 1,2,3 we'll sing Tata Tata, 5,6,7 lets sell some soft drinks, 8,9,10 or maybe even facial cream. I get depressed after the headlines, My dreams have all been shattered, Nothing that I'll ever do will be appreciated if it's not cheap or copied from something else, I don't want 10 k and not even above 10 k, I've been watching a generation going rotten ever since 2010" (translated),

Here we talk to Sherbini about innovating the scene, learning to rap and sampling toy keyboards...

This is clearly not an Electro Chaabi album. Did you have the name in mind when you began creating the album?

Absolutely not, that name came up in the last month. It’s basically a marketing stunt challenging the mainstream’s boring domination. The funny thing is that I had this idea that if I called the album “Electro Chaabi” it would gain foreign attention, and it did. However, the foreign journalists that were interested caught up to the stunt because they heard the music and even though they may not have spoken Arabic, I sent them the translated lyrics which made the review even more coherent. There’s a message behind calling the album “Electro Chaabi” and it’s very clear in the lyrics. It’s 2015, and I think that we’re not where we’re supposed to be creatively. We copy everything, we take nothing seriously and we just take the audience for granted. There’s this common false ideology that the crowd wants something basic and generic and that this is the way to be successful. I think that this is just a lazy excuse because no one wants to put in the effort to create something new. So I figured that by calling it Electro Chaabi, it would attract attention from all different segments of the market and then because it’s in Arabic everyone would get the message. And up till now, everyone did.

Do you hope this album will get more international attention accordingly or is it simply social commentary on the music scene, or both...

Honestly, I’m not concerned with how much press attention this album gets as much as I’m concerned about people listening to it and understanding the issues that I’m addressing. I just want to give hope to independent artists and bedroom producers that they don’t need to cater to anyone to survive. Chances are that you, the independent artist/bedroom producer, know a lot more and have much better taste in music than most of the top promoters in this city. Any promoter that asks you to play a specific type of music is an idiot. And I’ll explain exactly why. This is exactly how you end up with over 100 DJs playing the same style or 100 bands playing oriental fusion covers. This is exactly how you end up with all the venues in Cairo competing over the same micro market share. There just isn’t enough variety in the music which will eventually mean that these lazy promoters will start resorting to either booking international acts that were relevant 10 years ago or extremely outdated/corny party themes (black and white themes, are we seriously still doing this?). I totally understand that these are the best methods to make money, but they’re destroying the music scene while doing so. Of course, who said that they care about the music scene? I do however. The younger generations are way ahead of us, they’re not going to contribute to this part of the industry because they know of the Internet. They care about knowing what they’re going to listen to and they can easily spot a poorly thought of event from it’s poorly designed flyer to it’s poorly written event description.

Why did you decide to rap in Arabic? It's also the first time to hear you rap on tracks before, is it something you had to push yourself to figure out vocally or was it a hidden talent all along?

I actually have been wanting to rap for a while, maybe three years ago, and I just never felt comfortable doing it in English. It was very challenging and I honestly couldn’t have done it without the help of Zuli and Abyusif. The most challenging part was to be technically up to date, in terms of rap standards, while maintaining the message. I think there are at least 15 versions of the lyrics.

Do you see yourself continuing making rap tracks?

Not sure, I like exploring new areas and sounds so maybe it’ll be another style of Arabic vocals.

How importance was the element of collaboration with this album, and in general when putting out new material?

I think that collaboration is the most important process for any artist to develop. It teaches you a lot and the outcome is almost always something that would have probably not been possible if it weren’t a collaboration.

What kind of music were you listening to a lot in the course of creating Electro Chaabi?

I wasn’t really listening to anything specific because the last three months I literally had no time in the day to sit back and listen to anything other than the album. It was so much work towards the end that I started to hate it.

What went into making this album technically...

- A single drum sample from a very famous British rock band
- Cairo railway station announcements recorded with my phone
- My bicycle recorded with a handheld recorder
- A phone conversation with a friend while there were literally 2 fire trucks circling around the studio
- some records recorded through a turntable while manually manipulating the speed and volume to create stutter and pitch effects.
- A lot of the drum sounds come from random objects around the studio being banged against including: Mic stand, Glass pane and cutlery.
- A curtain rope stretched and plucked was used as the main beat for one of the tracks
- A sample of “Abyusif - Bonnapeteit (Prod. By Swag Lee)”
- A 1/2 bar drum part that was recorded during a rock band’s sound check in Beirut using my phone.
- A sample of some call tone music that belongs to an incompetent internet provider in Egypt (sue me)
- A sample from a phone conversation with an incompetent cellular network provider in Egypt (sue me)

Where do you draw the line between taking risks, creating something new and different, and building a following through a specific and identifiable crafted sound?

I think I get too excited about specific ideas and I just chase them. I don’t pay too much attention to risks or external factors because they’re there anyway. Maybe what I’m doing is a risk as opposed to picking up DJing or producing something that is considered more likely to be accepted by everyone and can get me more local bookings. But then again giving up on my original dreams would be a bigger risk because what if I fail at doing that other “stable” thing? I don’t want to be doing anything else other than what I want to do. Nothing is easy anyway, so I might as well stick to what I love doing. It’s a matter of how bad I want to do something and the reward is always worth the effort.

How do you feel the music industry here has changed since the release of your first solo EP?

I feel like there are a lot more artists emerging with new sounds. A lot of venues are open to booking experimental acts and a lot of individuals are starting to take interest in the music business factor.

You're always trying to bring something new to your live performances, what's in store for Electro Chaabi?

I’m not gonna lie, I haven’t had enough time to plan this right so I don’t want to make promises I cant keep. I promise it will be something to remember though ;)