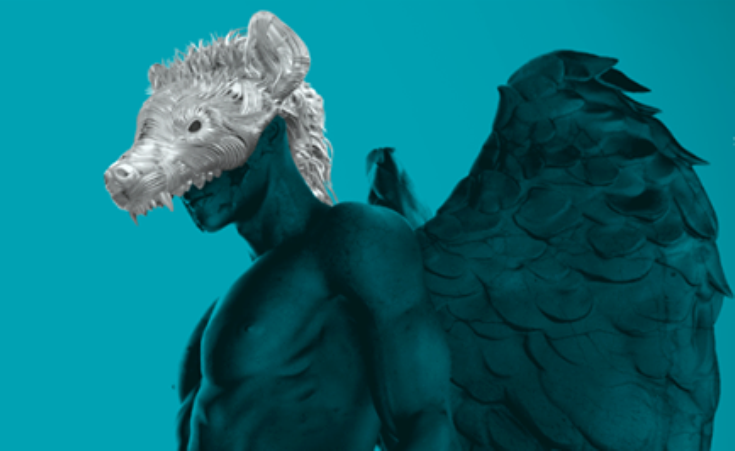 Being one of the very few consolations to Arabic music, in an otherwise mediocre clusterfuck of a genre, Mashrou' Leila contrast staggeringly against the one-dimensional landscape of tacky commercial Arabic hogwash. Overnight Project, as their name translates, are essentially the Arabian Radiohead equivalent. Their distinctly electric and mercurial tone incorporates Alternative/Indi-Rock, Contemporary Ska, Oriental Jazz, and - of course - the harmoniously intertwined nature of enigmatic Lebanese vocalist, Hamed Sinno, and his violin-shredding Armenian counterpart, Haig Papazian. These musical mavericks’ avante-garde aura resonates vividly, far beyond the abyss of the appalling mainstream garbage surrounding them. You would think a band of this caliber would only appeal to an anti-establishment underground niche cult, but the irony is that their rebellious provocations - such as the satirical authority-bashing lyrics in their new album, Ibn El Leil (Son of the Night) - have inversely resulted in them becoming not only tantalizing to the mainstream world but also on the international scene. The indefinable experimental fusion pioneers from the American University in Beirut have an eccentric edge that’s solidly backed up by musical acumen. Exerting their lyrical authority hits home with the Lebanese fanbase because of the refreshingly blunt nature of their cutting-edge and grungy sound. You can say that experiencing them inevitably entails a sobering reality-check, accompanied by an epiphany-driven head-banging session.

Their refusal to sing in any language other than Lebanese Arabic is a signature stamp that has not interfered with their international adoration. Aoede, the first track on Ibn El Leil, carries an eerie familiarity to The Gorillaz, with the permanent idiosyncratic imprint they seem to uphold with ease. The cross-genre jesters have peculiar tricks up their sleeves with tracks such as Djin (Devil), which talks about the Sin City paradigm that dominates the Beirut streets, incorporating synths reminiscent of Super Nintendo along with a Middle Eastern Faith No More feel. The song Icarus feels like a Lebanese blend between 80s music and the Cranberries, with a funky, string-filled Arabian element in synergy. These impressive additions to an already groundbreaking repertoire of musical creations further cements Mashrou' Leila as a phenomenon in the Middle East’s music realm. The only unfortunate thing about their vital presence in the backdrop of the ever-so-ambiguously perceived Arabic music genre is that it will coerce us to cringe harder the next time we hear redundantly drab attempts at Arabic music.

Listen to the album in full below:-