Blurr and TOD are joining forces next Thursday to debut their new Club Night Series with a line up featuring some of the region's most talented decknicians. 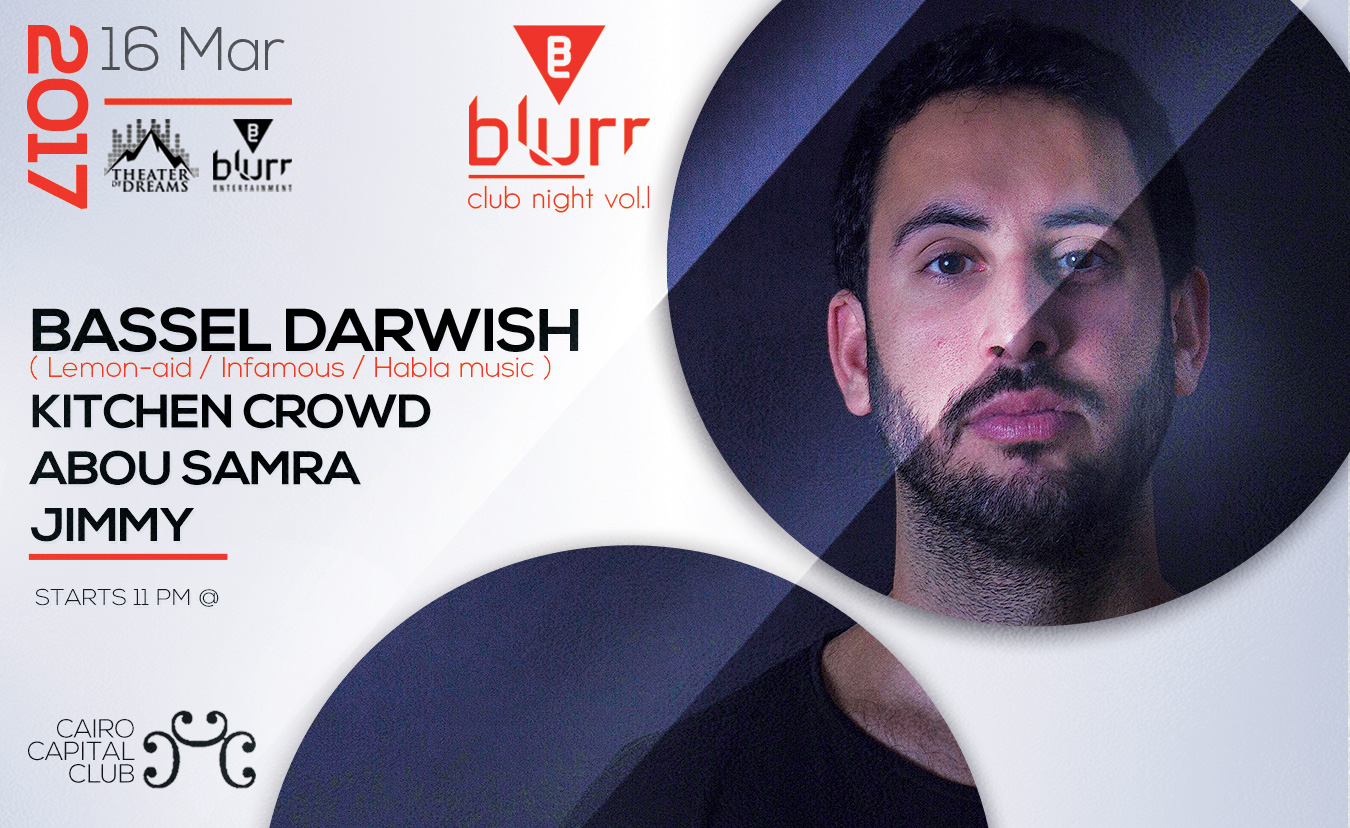 On Thursday March 16th, at precisely 11 PM, at Cairo Capital Club, two of Egypt’s biggest and most established nightlife brands will be collaborating on a party. Abou Samra and Coco Mokhtar’s Blurr and Mahmoud Zidane’s Theatre of Dreams will co-organise Blurr’s Club Night series opening event, featuring a wide variety of talent.

Headlining the event will be Barcelona-born and raised Bassel Darwish alongside Jordanian artist and Amman native Hassan H. (a.k.a. Kitchen Crowd). Adding to the bill from the local team will be Abou Samra and Jimmy.

This won’t be one to miss if you’re looking for some quality tech-house, which’ll be provided by Bassel whose malicious tracks have been signed to labels like Lemon-aid, Infamous, SK recordings and Patent Skillz. His DJing résumé spans sets anywhere from The Warehouse in Barcelona to London’s The Egg.

Meanwhile Kitchen Crowd’s infamously ethereal deep house sets have earned him opening slots for some of the biggest names in the industry, including Nick Warren, Magda, and Joris Voorn, along with recording mixes for several international radio shows. So you better start your weekend at Cairo Capital Club this Thursday if you’d like to hear all this amazing music Blurr and TOD are bringing right to your doorstep.

Follow Blurr and Theater of Dreams on Facebook for more updates and check out Bassel Darwish and Kitchen Crowd's music on Soundcloud.