Hisham Kharma's new viral video, #Sahla_W_Basita, rounds up five of the biggest names in Egypt's music scene. Is this the starting of a new super group? 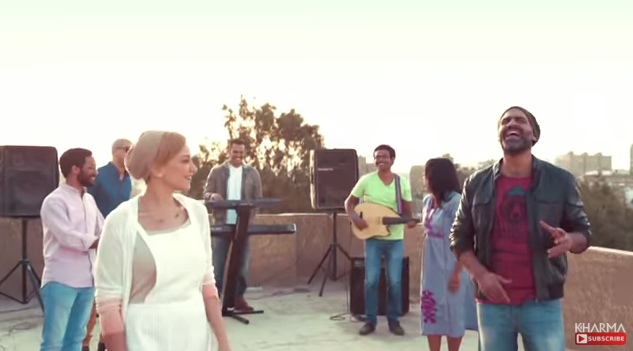 A viral music video is dazzling Egyptians’ eyes and ears with 30,000 hits in one day and counting. #Sahla_W_Basita is performed by a blazing super group, brought together by Hisham Kharma, a successful entrepreneur and fuser of genres musician, composing music with his bohemian twist. Kharma is accompanied by his sister, May Abdul-Aziz, who provides serene vocals that could challenge the likes of Evanescence. Also leading the group is none other than Hany Adel, a musical veteran who most recently reached stardom in the Ramadan series Taht El-Saytara (Under Control). Rounding up the group is a regular at TEDx Cairo talks, Nesma Hekry, whose Nubian reggae hum blends beautifully with AbdelRahman Roshdy’s spiritual Sufi-chanting.