Episode 3 of Select was recorded last night in Paris, France. Delivered by up-and-coming Egyptian talent Nadim Mokhtar who brought in French DJ Valero for a back-to-back one hour mix. 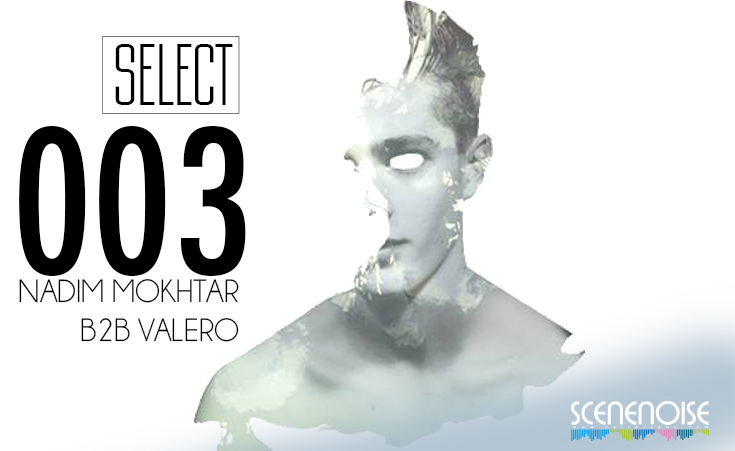 Nadim Mokhtar is one of Egypt's hidden electronic gems; his intricate sets are of the utmost quality. He's produced several tracks, with a release on Besworx and much many independent pieces under his sleeve. The artist recorded a vinyl set for us with slight use of CDJs; he also called upon the French for help – DJ Valero to be exact. Their B2B contribution to our series – recorded in Paris - is a much-needed variation on the usual house/techno mix coming out of Egypt these day. They went shopping for records yesterday morning and recorded the set overnight, sending it over just a few hours ago – piping hot, fresh out of the Mokhtar/Valero oven. We paired them with Egyptian-born, Berlin-based designer and visual artist Bashar Galal; his work speaks for itself.The set includes tracks by Zoo Look, Mall Grab, Kerri Chandler, M44K, and many more. We will not try to categorise this set by genre, that would be unfair. The set is so good that we won't even give you any hints as to what you will hear, but let's just say it has some very subtle breaks, and some very minimal drops. It's perfect in any situation if you're into that kind of music (we ourselves could listen to this set at peak time in the club and would be very happy); if, however, you're more into more progressive stuff, this set will do wonders for you on the come down, in your car driving, or with a drink while chilling with your friends.