We put Joey and Ashmawi head-to-head before their big battle, taking place at the infamous Omar Khayyam boat tonight.

This week's fierce Student DJ Battle will be a different one as Youssef 'Joey' Erfan and Abdelrahman Ashmawi might be competitors this Thursday, but have been friends for many years. Torn between wanting to be winners and not making a friend a loser, they go into the biggest challenge they've faced as DJs this Thursday in the next round of Student DJ battles on Thursday 27th November at the Omar Khayam boat. Headlining the night will be none other than DJ legend Fur Coat, while Aly B plays the opener.

After finishing his military service recently, 26-year-old Abdelrahman El  Ashmawi felt like he needed an artistic challenge before entering the workforce. He started out showcasing his music on the internet when the positive responses he got lead him to play live for the first time four years ago. The Student DJ Program, however, is his attempt to present his music to the biggest and toughest audience, seeing if he can woo the crowd when compared to the best of the best.

Known to his friends as Joey, 25-year-old Youssef Erfan was persuaded to enter the competition by his friends. His unique productions have seldom been exposed to the public so he is looking forward to present his mix of House, Techno and Rock to a partying crowd. Win or lose, Joey Student DJ is the biggest moment in his musical career so far.

What made you guys enter the Student DJ Competition?

Ashmawi: I always loved mixing music; first as a hobby, then I started posting my sets on the internet. When the competition came up I figured, why not? I'd just finished my military service so I thought why not give myself a break and try to express myself before I get into a corporate environment and start working.

Joey: Well, a couple of friends of mine convinced me to enter the competition because I play guitar and produce music, combining electronic sounds with real instruments.  One of them was Bashar Galal, one of this year’s finalists and  the other was Saleh Amin, a very good friend of mine and one of  last year’s SDJ competitors.

What kind of music can people expect to hear from you tonight?

Joey: I mostly play House and Techno with all of its derivatives.

Ashmawi: They can expect music that will definitely make them dance! On Thursday I am  mainly going for House and Techno, but play minimal, experimental - a bit of everything.

So how does your style differentiate from others?

Ashmawi: I like to mess around with the tracks and add something to it, like a different sound or effect. Sometimes I make my own sounds from samples or find something really nice that I like that I can make into an intro.

Joey: I'm incorporating my own productions in my mixes. It’s a combination of Techno, House and Rock. I don’t know how to classify it, it's just my sound!

What is the biggest lesson you learned from the SDJ Bootcamp?

Ashmawi:  I learned there are no rules in mixing and Amir Farag proved that to me. Hhe was one of the teachers at bootcamp, an expert who taught us Traktor. Also, a big shout out to Minus T who was an awesome mentor throughout the entire Bootcamp experience. I don’t want to have any boundaries or keep the same style all the way. Bootcamp taught me that I have to give people a chance to listen to what they like also and to read the reaction crowd .

Joey: I learned discipline from waking up early every morning (laughs).  But seriously speaking, the Bootcamp gave me the chance to work with the latest equipment such as the Nexus decks which was awesome.

How would you say the partying culture influenced your musical approach?

Ashmawi: There are a lot of venues that play the same music all the time, but the venues I like are places such as Nacelle and VENT which give artists from the  underground scene in Egypt get a chance to express themselves and play their music. Not only that but they also book DJs that are well recognised internationally, this type of scene is where I prefer to be around.

Joey: I think I'm more influence by other musicians like Fulltone's Amr Khaled, who played at this summer’s Sandbox Nacelle Beach Festival, and Saleh Amin as well as my brother although all of them have different tastes in music and they all play different stuff.

When you guys create your sets do you think about what the crowd wants to hear or what is true to yourself?

Ashmawi: To be honest, a bit of both. You have to play what is true to yourself but you can't be selfish. Everyone is there to party and have fun, it's their day off! They came to loosen up and dance and have fun so I'm sure they would love to hear a tune they love on the dance floor.

What do you guys think about crowd pleasing DJs?

Joey: I think they're getting out of their way to please people only and not themselves. Fulltone plays music that he loves to produce so he’s mainly satisfying his own needs. Still people like it. That’s what music evolution is all about.

Ashmawi: I would encourage everyone to express themselves because if you only do what is forced upon you, it's not the same experience anymore.

Joey: I really don’t consider myself to be a “working DJ”  in those terms so have no answer for that question (laughs). I produce music and enjoy it so it’s all good.

Ashmawi: Me neither. I wouldn’t go to a party unless I know who's playing so I know they won't annoy me before I go. I will go support the DJs I like, if I don’t like them I won’t watch them or talk ill about them.

What is the worst part about your opponent?

Ashmawi: I don’t know, Joey’s my friend so he doesn’t annoy me.

What about Ashmawi, is he good guy?

What is it that gives you guys an edge over each other in this competition?

Ashmawi: I will definitely play a different set than all of them. Everyone played a lot of beats  but I will play beats in different arrangements. I would like to create a set that allows transitions from House and Techno to Hip Hop and R&B. I want to take people on a journey!

When you go out yourself, do you just have fun or do you always analyse the music and the DJs?

Ashmawi: Recently that's been out of my control because for the competition I have to go listen to my competitors and analyse what they play.

Joey: I wish I could analyse what the rest of the contestants were playing! When I’m out I don’t analyse , I just enjoy the music and have fun, and Im usually at Nacelle so no worries about the music there!

So would you consider DJing a science or an art?

Ashmawi: Art definitely. Everyone can just mix but it's how much effort you put into it. Some people can just press the buttons and get a perfect set. Others will play around with it, add loops, make it sound more intriguing. We're there to have fun. It won't be just pressing buttons.

We're gonna play a game of word association so we'll give you guys a word and tell us the first thing that pops into your head, ok? 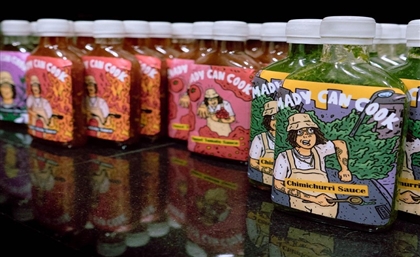