Where The Hell is VENT? The Exclusive on Their Triumphant Return

Having announced their homecoming with a pretty epic pool party this October, VENT's ZULI, Bosaina and Asem Tag give us the inside scoop on their big plans this season... 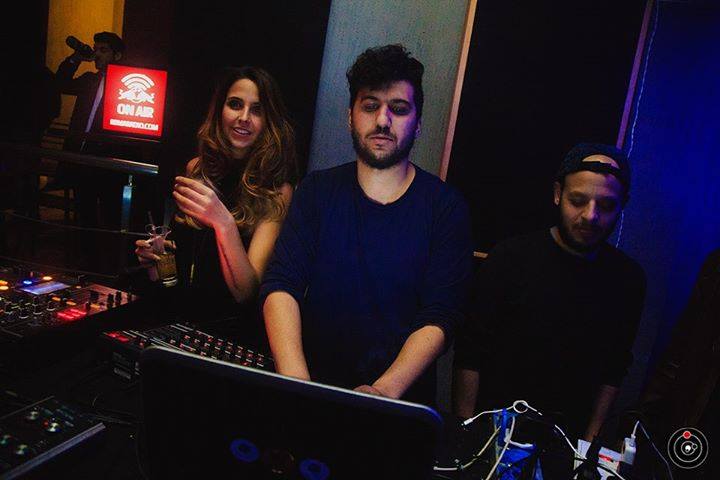 VENT is always reinventing itself, forcing the rest of the scene to evolve along with it, in a city that stifles anything that doesn’t fit the norm. VENT is often considered the one club night that is truly unique and groundbreaking in many ways, from the overall vibe, to the unorthodox bookings such as Ben UFO, ITAL, Aurora Halal, Terreke, Opal Tapes, Mister Saturday Night and Lobster Theremin showcase nights, Bradley Zero and DJ Rags. The list is endless with club nights happening in London, a new upcoming vinyl-only record label, and an upcoming tour for the club and it's concept, VENT is becoming more and more a community with a shared ideology rather than just a club night. The gap was only felt when VENT was gone and now we’re pleased to give you the exclusive scoop on what’s going on with the crew as they set out to embark on their next set of gigs. VENT is back for a pre-season trio of gigs lined up with yet another concept which will help redefine the scene as they leave their original location to seek out and find their roots. "This season we're focusing on the return of VENT to its roots. When we opened in 2013, the scene was still very dry and our programming filled a huge void in local music culture and eventually became the format for many new club nights and promoters to follow,” tells us VENT’s PR director Bosaina. “We've always supported the most relevant and innovative local artists - around 40 of whom debuted at VENT and we're welcoming new ones to the roster and of course, also importing some of our favorite international labels into the mix. You should expect nothing but quality from us this season." VENT will be throwing monthly one-offs this season at different locations, with deals already made with some of the world’s most coveted record labels. You can rest assured your ears are in for a treat, with main resident AhmedSamy back from a long hiatus to spin exclusively at VENT with his infamous vinyl only sessions, alongside the rest of the VENT residents who will help re-create and redefine the hole-in-the-wall grungy vibe of season one that we all miss. "VENT is and always has been about creating an environment where the artist is king, regardless of their style or level of success. We welcome audiences who trust us enough to come in with an open mind and a desire to be exposed to new, exciting sounds,” explains ZULI, founder adding. “Our main objective is providing musicians and DJs a platform where they can truly be themselves because that, we believe, is when artists are at their best. That's why we think it's important to start this series of events until the new venue is ready. Also, too many people have been nagging us about bringing AhmedSamy's infamous vinyl sessions back for us not to do anything about it." The void will surely be filled, and as our hearts sank for a moment, we are now relieved to know that the VENT crew back and working harder than ever behind the scenes to make our nightlife experiences that much better, and that much more diverse. "People have constantly attached VENT to a specific physical space, but it's the content, the artists and the crowd that make it what it is. I think the move subconsciously empowered this definition of VENT; one that transcends four walls and a dance-floor," concludes founder Asem Tag.