Comic book culture is making a comeback, and thanks to Egypt's flourishing arts scene, we no longer have to look abroad for our fix. 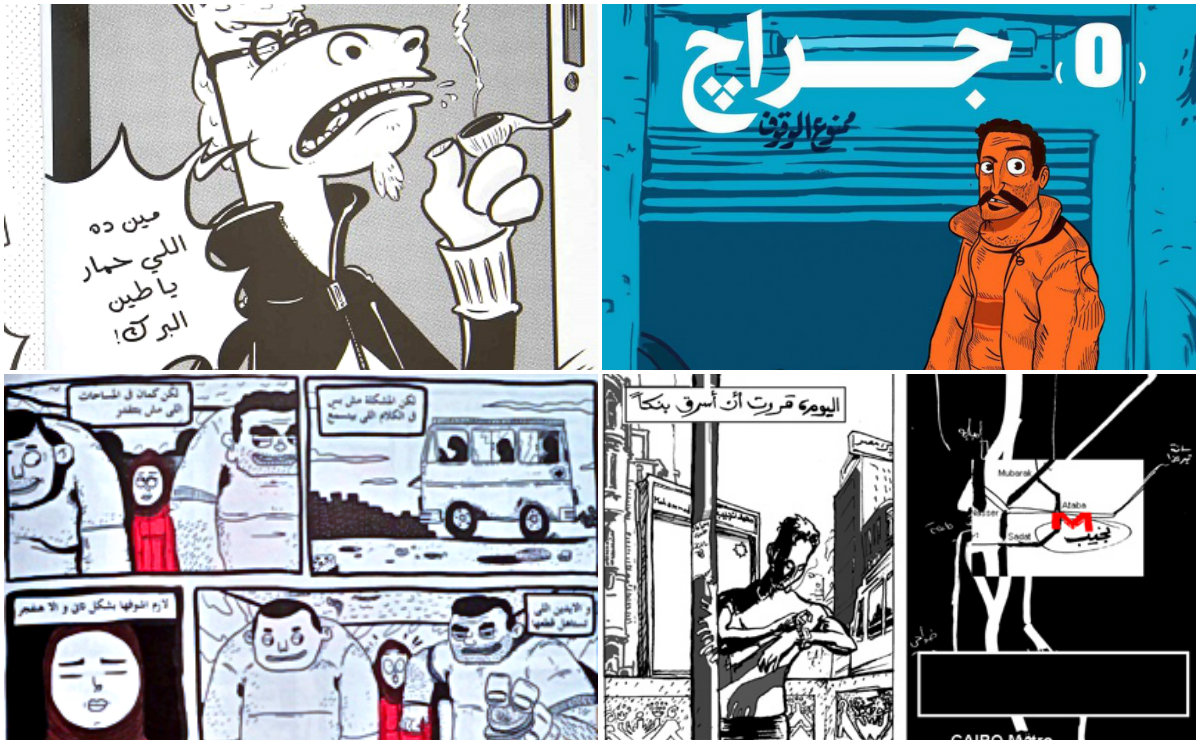 As the art scene in Egypt flourishes, we're seeing more and more witty, excellently drawn and perfectly printed comic books coming out of the local scene. From those that tackle serious issues like harassment and feminism, to those that poke fun at the daily quirks and foibles of Egyptian life, here are some of our favourites. Funny, light and straight to the core, Shanwar Badr and "Some Dude" are dark humoured duo behind this topical series of web comics that poke fun of hipsterism and lifestyle trends. Creatively combating Egypt's endemic sexual harassment and gender inequality issues, El Shakmagia is filled with colourful comics, caricatures, and discussions from a variety of artists’ perspective. They address hot topics such as domestic violence, child abuse and sexual harassment in the workplace and on the street with dramatic/sarcastic/witty tone that’ll definitely keep you engaged. What is rarer than finding a great Egyptian comic book? The answer is finding a great Egyptian comic book that has a hijab-wearing super-heroine that fights crime, prejudice, and misogyny, created by a young woman. Qahera, the superstar, has super strength, can fly, has sharp hearing and apparently other powers that are yet unknown. Very intriguing, no? Long before there were PlayStations, the internet or smart phones, Egyptians young and old used to bury their noses in comics books as an escape from the cacophony of the Cairene life. Making Sci-Fi the main theme, Pass By Tomorrow's creators believe Egypt needs Sci-Fi; and as we’re far from a decent Sci-Fi movie, a comic book is just the next best thing if not better (hello books-are-better-than-movies advocates). With clever writing and wonderful illustrations, Sherif Adel, the main creator, achieves in creating a space-time wormhole between today’s reality and the twist-filled futuristic world he has created. Aptly named, Tok Tok is a light-spirited comic book that addresses societal topics in a narrative way that'll definitely get to you and keep you entertained in your boring moments. Created by worldwide illustrator and graphic artist Magdy El Shafee, when it was first published in January 2008, Metro was quickly banned on the ground of “offending public morals”; the police raided the Malameh Publishing House, confiscated all copies of the book, and banned Malameh from printing further copies and Magdy and his publisher were fined 5,000LE each. An English version was put together and sold in Egypt while Arabic - the native tongue of the graphic novel - still wasn't available.  It's very creative, eccentric and engaging. Now, it's available at Kotob Khan. After eight months of sweat and hard-work, Cairo-based twin brothers Haitham and Mohamed Raafat surprise Egypt's comics scene with Garage. A collaborative piece of work by artists from Egypt, Jordan and Syria, the brothers tend to aim for a fun-themed process by including as many talented artists as they could from all over the world.