The iconic Talaat Harb venue is currently undergoing renovations by renowned interior design firm Alchemy and is expected to be unveiled in eight to 12 months. 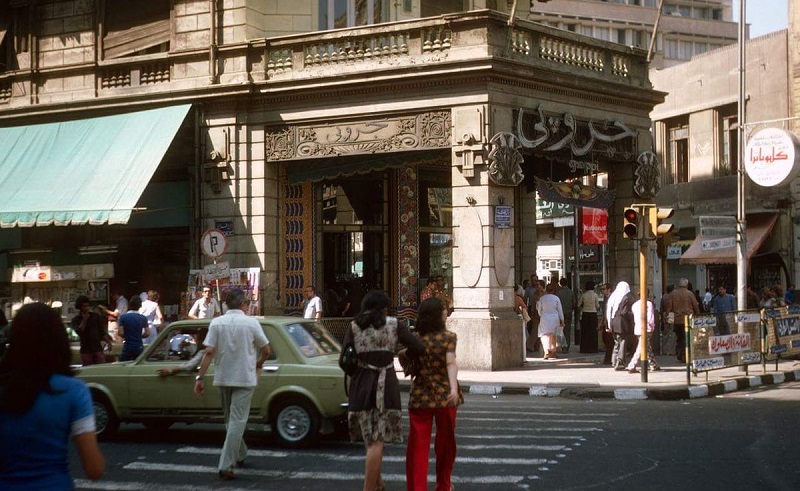 If you’ve ever shown a visitor around Cairo, odds are you took them through the charming streets of Downtown. And if you did, then you most likely took them to one of the area’s most iconic spots: Groppi.

Most famous for its ice cream, Groppi first opened its doors as Groppi Tea Garden in 1891, founded by pastry and chocolate maker Giacomo Groppi, a native of Lugano, Switzerland. It wasn’t until 1928 that ice cream came to the store, imported from the United States and at the time, a marvellous innovation.

For decades, Maison Groppi stood as an iconic feature of the Downtown district, and indeed Cairo as a city. It was something of a landmark, adored by multitudes, and was even a favourite of the British army’s occupation forces back in the day (it’s that old).

This den of nostalgia's decline, as well as the rest of the city's, came shortly after Egypt’s fling with socialism in the 60s. It remains operational, though, and continues to occupy a special place in many Cairenes' hearts and memories.

Now, it’s about to undergo a makeover, led by interior design firm Alchemy. The project began about 18 months ago and an Alchemy representative projects it will be completed in eight to 12 months. Reactions to the news have ranged from optimism to scepticism, as some have expressed concerns that the redesign could veer too far from Groppi's classic Parisian style and towards a much more modern feel, given the Alchemy's portfolio.

"The vision for the renovation of this project lies in the reawakening of the original look and feel, employing all the inherited accessories and rituals of yesteryears in the new design concept," a source at Alchemy tells Cairo Scene. "Our approach is based on a thorough research of the socio-economic, cultural, and historical fabric of downtown and the role Groppi plays for the community as one of the anchors of its century-old history and [its broader] role in Egyptian society."

According to the source, Alchemy proposed a tactile approach "to actually revive and preserve" the original architectural feel of Groppi "with an adaptation to meet today’s challenges."

"With our delicate design concept, we believe that we managed to explore and implement new possibilities to add the element of 'nowness' to an icon in Cairo’s downtown landscape," the source adds.

It seems ya'll are going to have to wait and see the end result to judge!