CARAVAN - a multi-faith arts initiative - holds its new exhibition in Cairo, D.C and New York. Find out where you can catch it before it flies west for the autumn. 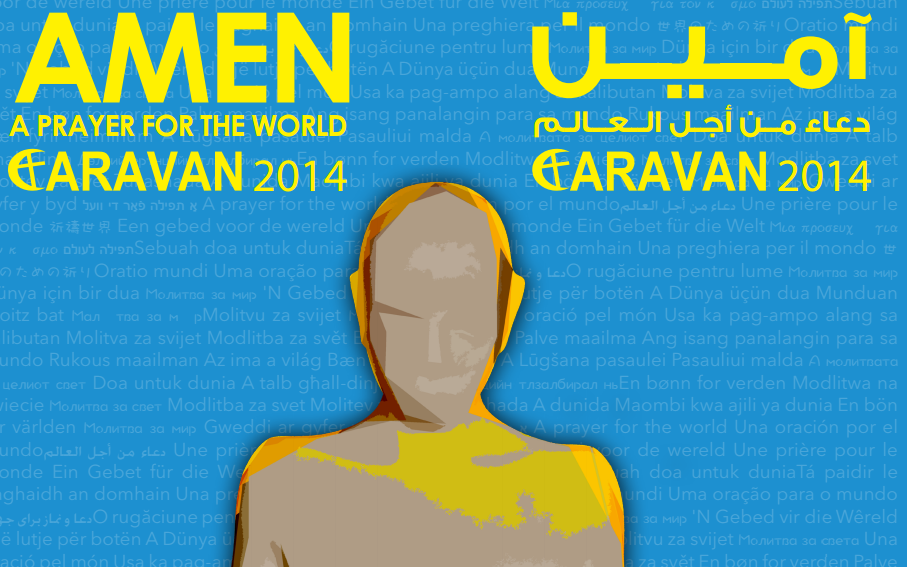 What the world needs now is love, sweet love. It's the only thing that there's just too little of. Thank you Burt Bacharach. Yes, we need more love, less fighting and less dogmatic riteousness. Religion has caused more problems then solved them. They're basically all the same, aslan. The mean of all is to essentially not be a dick, be nice to people, and love a lot.

Following on from their designer donkey exhibition last year, CARAVAN, an art initiative with aims to bridge the gap between Muslims and Christmas, will be hosting cross-Atlantic exhibition "Amen - A Prayer for the World" promoting pious unity and not being a dick. The project gathers 48 artists from different nationalities, cultures and monotheistic religions to work on a joint assignment exhibiting in Egypt and the United States. The select artists will be working with 3D fiberglass statues in human form in a variety of poses of prayer, decorating them through painting, sculpting and other forms of artistic expression.

The sculptures will be on display in Egypt from June 17th to July 1st at the Modern Art Museum– Al-Bab Gallery, on the Cairo Opera House grounds, and then from August 30th to 6th October at Washington D.C's renowned National Cathedral followed by New York City from 12th October to 16th November at The Cathedral of St. John the Divine, the largest gothic cathedral in the world known for it's art.

A percentage of the proceeds from the sale and auction of the sculptures will be channeled towards Tawasol, an organisation SODIC supports, to fund building and operating a school in Ezbet Khairallah within Istabl Antar in Old Cairo, one of the poorest slum areas in the City.

The 30 Egyptian artists participating include renowned, established and emerging artists: