A History of Ruggedness: Some Stupendous Beards Throughout Egypt's History

Egyptians have been sporting some robust beards for quite a while, and though it might not show today, respects are due. 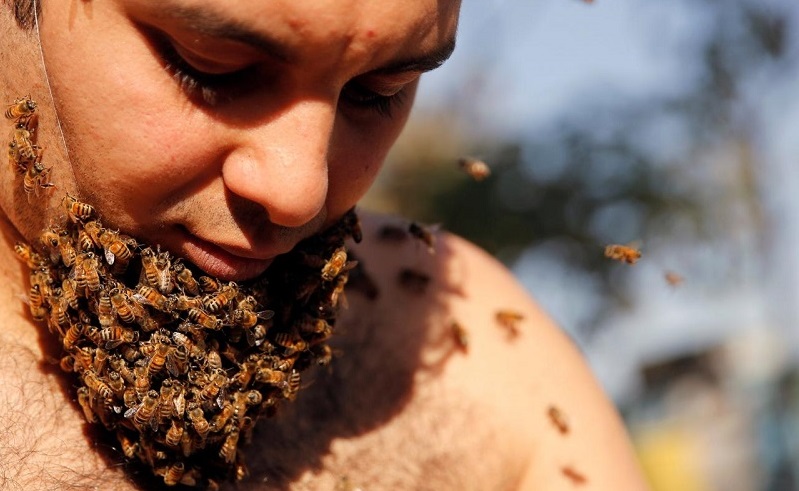 It's the first Saturday of September, and it is definitely the manliest of months, because it's starting out with World Beard Day. Yes, today is a celebration of all those manly men throughout time (and space?) who can grow some pretty locks of hair on their chin, even if they might not be able to grow it anywhere else.

Beards have always been a part of Egyptian society, all the way back to Pharaonic times when beards were for the rich and powerful. Though the itchy paradigm might have shifted over the centuries, it is now that this scraggly feature is becoming a fashionable must have ( if you can actually grow one).

Here are a few legendary Egyptians with even more legendary beards throughout history, all in honour of World Beard Day. The youngest Pharaoh to have ever ruled, and even though he died when he was only around 19, he still had a better beard then anyone we will ever know. Pharaohs were given ceremonial beards of gold, because they're pharaohs, you know? The female 'king' of Egypt's Pharaonic past. She deserves a place on this list because of two things; she became a queen before it was really a thing, and because she had the same golden beard as old King Tut, even though she was a woman. You go girl. The Hero of the crusades, the guy who turned the tide against the first round of colonizers, and the one who left that neat castle right on our doorstep. He was also well-known for his fashionable beard that more than definitely gave him quite the appeal as he swerved his sword through man and beast alike. Regarded as the founder of Modern Egypt, this guy is actually Albanian, and has ruled as Wali of Egypt and Sudan as well as having enacted many reforms that became the foundation of Egyptian society today. Though his beard might be modest in appearance, you can sense its prowess pulsating through each tuft of tangled hair. The Son of the storied Khedive Muhammad Ali, this guy commanded the Egyptian Army when he was just a teenager. He was one of the most successful members of the Muhammed Ali dynasty, and though you could argue that he was gifted in many strategic disciplines, we wholeheartedly think that his majestic mane may have chipped into it all. This masterful man was the founder of the Bank of Egypt, and if that wasn't enough, the city of Port Said is named after him. Mohamed Said carried on the family name quite well, as well as the tradition of great beards; you can smell the level of raw financial energy coursing through his masculine strands. A jurist and one of the key founders of Islamic Modernism during the 1850's. Even though he was a member and follower of El-Azhar, he was actually a liberal reformer, especially since he sported a beard when it wasn't in fashion. A prolific Egyptian writer, egyptologist, and thinker. He is believed to be one of the first Egyptians to write about western culture, as well as being credited with being part of the Egyptian Renaissance. Also, look at that beard. He's the reason there was an Orabi revolt, and he's got more than one street named after him. He was a diehard Egyptian nationalist and had just the beard to prove it. Now who doesn't like a little salt and pepper to add a little character? Yasser might remind you of an Egyptian George Clooney who is probably getting ready for his next blockbuster, but his skill with a razor and proper genetics more than make up for any non-bearded shortcomings he might hold. One of the toughest (and buzziest) men we've ever heard of, this man took something that could sting him to hell and back, and put a whole bunch of it on his face. Who else remembers almighty bee beard? He had no fear, but all the beard. The famous actor from 'Ice Cream Fi Gleem', you might think he resembles Santa if he had a red suit, all because of that bushy beard of his. That's something all men and women should try to grow. This Man was Pope of Egypt for 40 years, and has helped many lost hearts and souls in Egypt as well as internationally. He was the one to appoint the first Coptic popes in Australia, Europe and South America. An upstanding figure, and a legend of his own. The current Pope of Egypt, succeeding Pope Shenouda, he's already seen some tough times, but he continues to make the whole country proud. The number one, the only, an exceedingly strategic actor and one of the few people who own a Lamborghini in Egypt (what an achievement). This man can definitely grow one, as we're sure you know. Don't let those muscles distract you, the beard is the main attraction.

Every man out there can admit that they were jealous of another man's beard at one point or another. It's not something we can all do, so next time you see a guy with a bad beard, give them a break and maybe some rogaine.