A series of striking images of an all-female battalion in the Free Syrian Army has resurfaced over a year after being taken. Taken by Sebastiano Tomada, the powerful and haunting images shed light on the central role of females in the civil war. 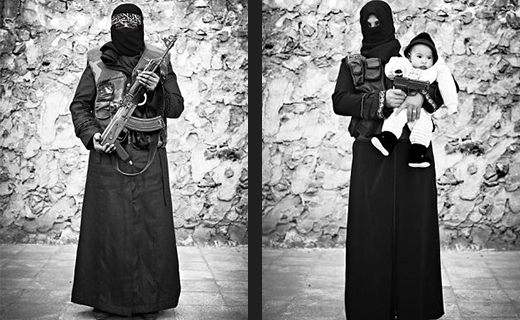 In March of last year, amidst the brutal civil war that continues to ravage Syria, photographer Sebastiano Tomada ventured into the thick of the action in Aleppo, the heart of the revolt against the Assad regime. What he discovered made headlines around the world; an entirely female battalion who had picked up weapons and were rising up and revolting against the regime.  The photographs he captured of these female fighters are now, nearly a year and a half later, getting some deserved recognition, winning the Medaille d'Or from the Prix de la Photographie Paris. The stark, stunning, black and white images display women ranging in age, all of them veiled and carrying guns, some even holding their infant children.

The term female empowerment has perhaps never been more apt. The women, who Tomada photographed at an undisclosed command post inside Aleppo, took up arms side by side with their male counterparts in the largely secular Free Syrian Army. Along with their quest to end the Assad regime's injustices, some of the women picked up a gun in a bid to prove the equality of women. 'I fight for life and freedom, I fight to prove that woman and man are equal,' one 27-year old widow said. Another 72-year-old mother of three joined the battalion after her home in Dara'a was destroyed and she was forced to flee to Aleppo. "I chose to pick up a weapon and fight the regime," she said. Though their motives differed, at the time, the battalion contained over 150 women, all playing a key role in fighting the Assad regime.

At the time, the insurgency seemed to be gaining ground and the Syrian rebels had seized control of large parts of Aleppo, and it almost appeared as though the regime had been defeated in the city. However, eventually a lack of unity amongst the various rebel battalions rendered a unified defense difficult and when the regime entered Aleppo in late March, and launched its counter-attack, backed by Hezbollah, the rifts among the rebel groups proved fatal to their movement.

So far, according to the Syrian Observatory for Human Rights, as many as 7,000 people have lost their lives in rebel fighting since just this January. There is no recent news of the all-female unit, but their legacy will live on in the powerful and haunting images captured for Tomada and documented for posterity. 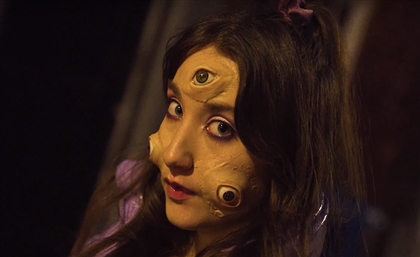