Kurt Galalah headed out for the final round of Cairo Jazz Club's El Fusion before we all retreat for Ramadan and is treated to some soul stirring lyrics by Fareeq Al Atrash and smooth Indie Pop by the quirky Abo Wel Shabab. 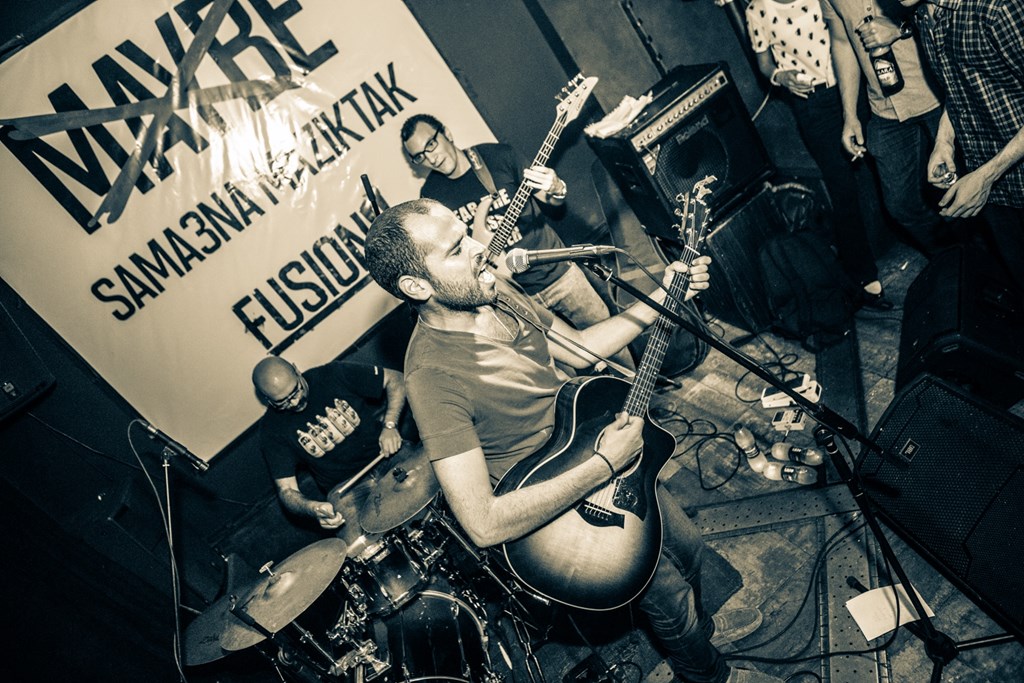 All good things come to an end. El Fusion is one of those things. I headed to the fourth and final El Fusion for one last night of musical mayhem at CJC before Ramadan. Last week, Tunisian songstress, Ghalia Benali, and the unstoppable Massar Egbari took over the stage. This time it was Lebanon’s funky Fareeq El Atrash and Indie Pop prince, Abo Wel Shabab, turn to take on the stage.

"Welcome to the finale!" When Edd Abbas from Fareeq El Atrash (which literally translates to The Deaf Band) spoke those words, he wasn't just talking about the final night of El Fusion, he was speaking about the finality of this moment everyone at CJC was experiencing; we weren’t going to attend anything like it for a while *cough* Ramadan *cough* so we had to live the night to the fullest. Fareeq might not have Jay Z's alluring sense of swag, Kanye West's commanding eccentric bravado or Eminem's grab-you-by-the-collar volatile energy but what they DO have is hard-work, blood, sweat and tears. What makes them compelling live performers is the way they seem all-in at every moment, whether they’re whipping the crowd into a beat-fuelled frenzy or emoting personal lyrics a cappella, making sure we all feel exactly what they feel.

Next up were Abo Wel Shabab and girls were shouting “I love you” literally any time there was a lull. The bashful Abo doesn’t quite know how to react to these declarations, so he just goes back to what he does best; joining his band and singing his songs, like breakthrough hit El Nas Mabter7amsh, pleasing the packed-out venue.

They own the stage and nothing can distract from Abo’s beautifully smooth voice. Some aspects to his folk-ish sound and guitar playing style echo Ben Howard’s soulful and sincere song-writing. He sings a new track called ‘Mosh Hakhaf,’ which silences the crowd (who keep the room illuminated and documented with smartphones), ending the night, and the El Fusion series, quite literally on a high note.