In the middle of Old Cairo lies a mini-city that remains unexplored by the majority of locals. Conor Sheils gives us a tour of Egypt's very own Chinatown. 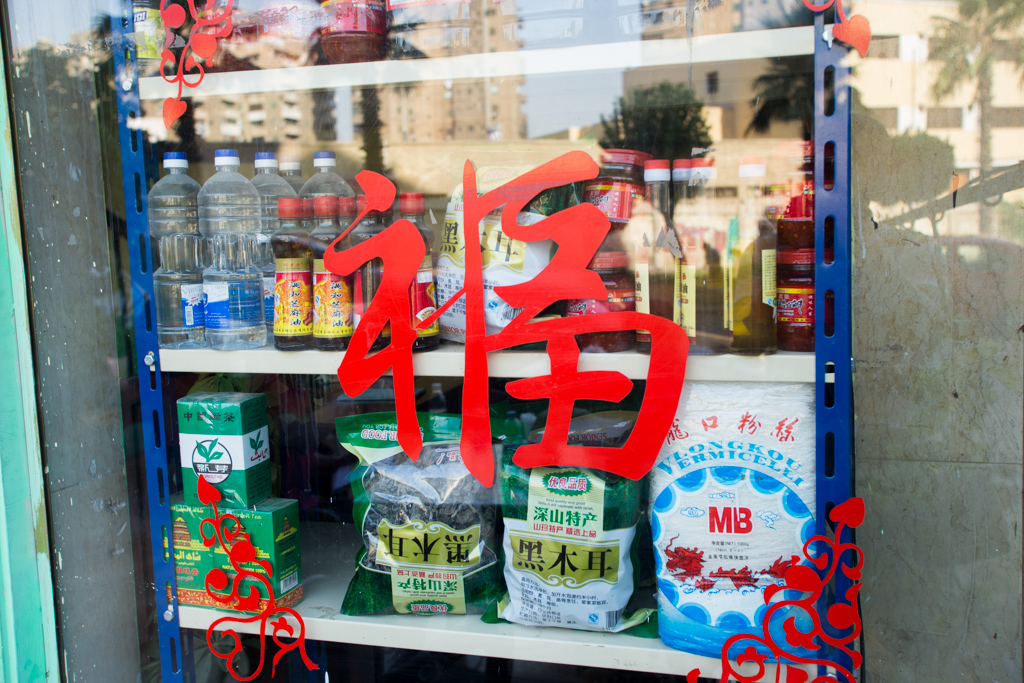 Unbeknownst to many, a booming China Town is growing steadily in central Cairo as thousands of students flock to Egypt to study and work in the capital. Cairo's Chinese community is made up of more than 10,000, with more Chinese citizens arriving on Egyptian shores each year.
The city's blossoming oriental mix is mainly centred around Ahmed Saeed Street in Abbasaya, with a smaller communities also living in Nasr City's 8th district and in the Maadi area. However ,the exodus to Abbasaya is fueling a small Chinatown; a development which has proven a hit with the Chinese and Egyptians alike. The growing population has made way for a string of stores, restaurants and cafes, selling all manner of authentic Chinese food and produce.
Local restaurant worker Li Zhou claims he is adapting well to life in Egypt, after arriving here two years ago to take an Islamic studies course at nearby Al-Azhar University. Li told Cairo Scene: "I've been here for two years. Egypt is hard for us because sometimes people are not so friendly, but overall it is ok and it allows me to get closer to my religion."

Li is from Liaoning, a rural province in north east China. "Most people here are studying Islam and Arabic, some others work in a Chinese factory near here," he says. "China is a good place for me right now," he says, before rushing off to serve customers at the restaurant which is already busy by mid-afternoon. The Chinese community looks set to grow in the coming years, as growing prosperity in the former Communist state allows more and more Chinese students the opportunity to study abroad. One example of this new-found wealth is Ping Li, who manages a store selling Chinese products nearby.
"Chinese people are the same as Egyptians for me. I am very happy here in Egypt and as long as the country is stable, I will remain here. Business is good here and the spirit among the Chinese community is strong. This is my home for now." Ping, who has lived in Cairo for three years, hails from the city of Gazau, a deeply religious metropolis in the country's conservative North West. Gazau is a formerly poverty-stricken province now a major industrial hub ranking 134th in GDP, among 659 Chinese cities.
Despite the cosmopolitan feel, the area retains a large Egyptian populace. However the view of many locals is one of quiet acceptance. Outside an internet cafe packed with Chinese students, Egyptian resident Ahmed Heikal claims that he enjoys good relations with his new oriental neighbours. "They are quiet and polite but mostly keep to themselves. They are very welcome and cause no trouble for anybody."

Many of the community survive by taking jobs at shops and restaurants while others take jobs selling mobile phone handsets on Cairo's streets. However not all of the community were willing to speak out so freely amid fears of discrimination by fellow Cairenes or hassle from the authorities. One cafe owner refused to speak with us or allow or have any pictures taken outside his premises. As one worried resident explained, "People here just want to keep themselves, they don't want trouble - just to work and live with no problems."
As evening draws in, scores of Asian residents are seen returning home and packing into nearby restaurants. And so, another sun sets on Cairo's 'Little China'.