When Egyptian teen Hagar ElSaeed made headlines last week as her literally idol reached out to her on Twitter, we find out just how inspired the budding writer was... 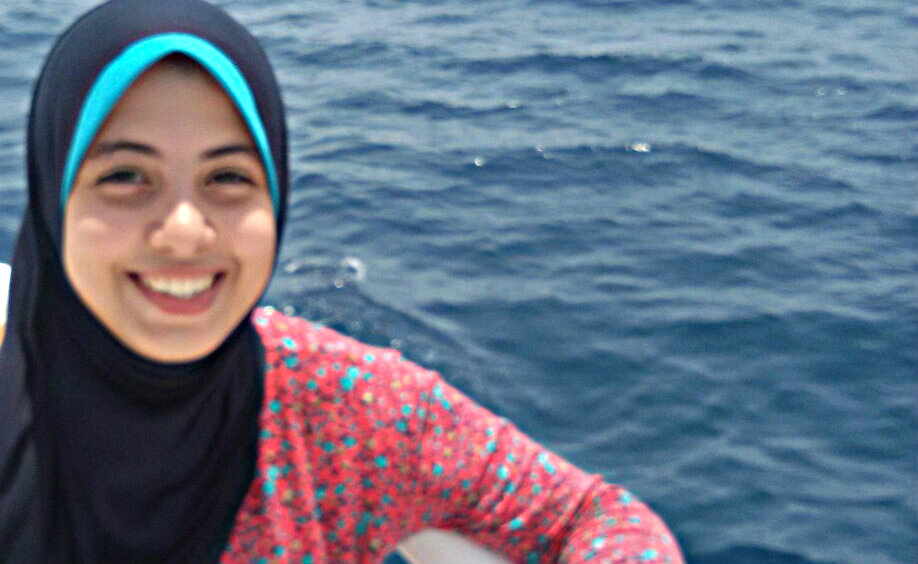 Last week, in a moment of desperation, 16-year-old novelist Hagar El-Saeed tweeted her idol J.K. Rowling about not being able to be herself. The result was inspiring. Since then, we've been in contact with El-Saeed who has decided to share her story...
"I started writing when I turned nine years old, and back then I never cared about what people said or anything, I just wrote for myself. I drew stick figures and wrote sentences, creating a visualised story of some sorts. My dad saw those stories and he told me to go on. Later, he showed them to my aunt who laughed and told me that they were good. When I was young, I always was interested in English and I wanted to be the best in my class in English.
But that is not what I wanted to say. What I wanted to speak about is /why/ I tweeted that tweet to JKR.
In school, when my friends asked me what I wanted to be when I grow up, I answered with "A famous author, I hope". They laughed and one of them told me, "Come spit on my grave if you ever published a story." Then the rest of them laughed, and another one said, "Do you think you are Naguib Mahfouz? Are you serious? Just forget about it."
Another time I was in club, just before my practice. I was talking to a couple of my teammates and the topic was about future career. One of them said, "I want to be a doctor." and the other said, "I want to be a decor engineer." and I said, "I want to be a novelist, I also have some things written and I will publish them once I finish them I hope."
They laughed for a few minutes and I just stood there, not seeing what was funny so I asked them. One of them replied with: "Wake up, Hagar. Reality, remember?" The other just kept laughing. A few guys, our friends, walked by us and stopped to ask what the girls were laughing about. The same girl who told me to wake up answered them. "She wants to be an author and I am trying to talk sense into her so she doesn't get her hopes crashed when she realises the truth."
The guys nodded in agreement and one of them told me: "Yeah, Hagar, she's right. You are good at maths, go major in engineering. Forget about writing, it won't do anything for you."
One of my teachers told me: "Just because you wrote two lines in English you think you are a writer? Forget it, Hagar. I am speaking as your teacher, writing is just a hobby, don't focus on it. Focus on better things, like your future, perhaps?" then he laughed and continued teaching. My hopes came crashing down on me.
Everyone just said that I have to focus on my future and studies and to stop thinking about wanting to be an author because that's a farfetched dream. My family and a few friends were the only supportive people around me. I tweeted JKR as a frustrated girl, not because I was attention seeking, because God, I hate attention! I am not a spokesperson, either! I certainly didn't expect JKR to reply to me.
I only had 140 characters to express myself, if I had more space, then I would have used better words. I know it is unfair to say "Egypt" because I hadn't spoken to the ninety-million Egyptians. But I don't regret sending that tweet, because it changed my life."
For more about Hagar El-Saeed, click here.