Homosexuality on the Silver Screen: Is Egyptian Cinema Ahead of the Ages?

Emad El-Din Aysha puts an academic eye on recurrent themes revolving around homosexuality and its purported psychology in Egyptian film, comparing it to its Western counterparts through the ages. 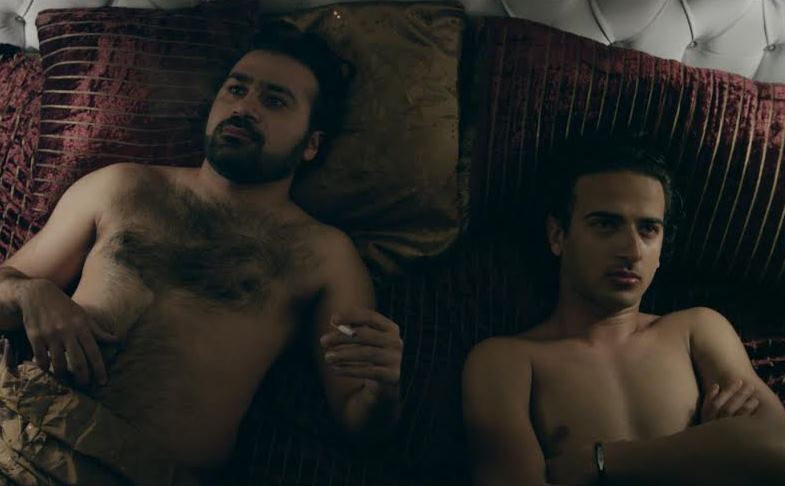 It’s amazing what you can find out about something without even trying. I accidentally downloaded a hard-hitting Egyptian movie about homosexuality thinking it was a light-hearted comedy, dredging up all sorts of interesting insights along the way about how cinema portrays this 'problem', here and elsewhere.

The film in question is Asrar Aa'eleya (Family Secrets), directed by Hani Fawzi of Baheb Elcima (I Love Cinema) fame. Note that while this is the first Egyptian movie to tackle the subject head on, homosexual themes pop up over here all the time, as far back as you want to go. There was a famous scene in an Ismail Yassin film, typically set in a lunatic asylum, where you have a man who looks like Antar Bin Shadad – the macho hero in Arab epics – with a woman’s voice and a boyfriend he calls his Abla.

This is all the more amazing when you bear in mind that homosexuality was taboo in black and white American cinema. It’s more of a ‘problem’ over here than we choose to think, in other words. More ironic still is the fact that many a ‘Western’ critic has panned Family Secrets, even though the sole focus of the movie is homosexuality in the form of the pubescent hero, Marwan (Mohamed Mahran). Even Emarat Yacoubian (The Yacoubian Building), which came in for universal praise in the West, only had one gay character in the whole film – the newspaper editor Hatem Rashid (Khaled El Sawy); more on this below.

Jay Weissberg, for instance, can’t stand Family Secrets because the boy eventually undergoes therapy and stops being gay by the end of the story. He condemns it further for the characterizations that are supposedly “lifted from that most tired of canards, the one about the overbearing mother (Salwa Mohamed Ali) and the absent father (Tarek Soliman).” If he knew anything about Egyptian society, or his own society for that matter, he’d recognise these archetypes a mile away.

Marwan’s father lives in the US because he was muscled out of his inheritance by his brothers, an all too common problem here, and he’s been abroad for so long he can’t handle the disorderliness of Egyptian life any more. (As an expatriate, I can vouch for that). Marwan’s mother is tyrannical specifically to make up for the absence of her man. She has all the responsibilities of raising the kids placed on her shoulders and has no one to compliment her on her ‘looks’ – hence her photographs on the walls, and the scene where she takes a dress meant for her estranged daughter Omnia (Passant Shawki).

The same holds true in American cinema. Just watch the biopics J. Edgar (2011) about the eavesdropping-blackmailing FBI director Hoover or Citizen Cohn (1992) about Joseph McCarthy’s right hand man Roy Cohn, and you’ll find the same distinctive pattern of weak or absent fathers and overbearing mothers. This is the classic setting for male homosexuality in the arts. Don’t take my word for it. I’m referencing Anthony Storr’s book Sexual Deviation (1965) here. Boys that over-identify with the personality of the mother and come to feel weak around women, finding the opposite sex to be threatening and so only feel any sense of security around their own kind. There’s a scene like that in the movie, where Marwan gets mugged by a muscular boy he got to know through the Internet. He talks about how he feels aman (security) around him.

While introducing his family Marwan says how the only truly ‘feminine’ women he knows is his mother. And in the scene where Marwan confronts his father he tells him he has no right to judge him since he abdicated his fatherly duties ages ago, and that this very absence was what him drove towards men; looking for father-figures elsewhere. This is both accurate and heartbreaking, another testament to Hani Fawzi’s cinematic skills since he was able to write a script that was intelligent and dramatic and also remarkably humourous at the same time.

Again, the better variety of American movie can pull this delicate balance off. Check out Bill Murry‘s character in Little Shop of Horrors (1986), where he talks of his admiration for the strength of a motherly figure while asking for an extreme root canal. Masochism and transvestitism are also associated with boys who like to be punished by their tyrannical mothers.

More unique aspects to Egyptian society come with the way Marwan is raised by his mother. Originally wanting a girl, she dresses him up in girls baby clothes – peasants and poor people decorate their sons as girls to protect them from hasad (the envious eye).

So much for a middle class education. Then there’s the role played by Marwan’s older brother, who sexually abused him as a child. When Marwan tells his father, the man almost loses it, taking a framed photo of the elder son and smashing it in shock and anger.  After all, the boy is the bikr (firstborn) with all the perks of the job; he needs all those powers to help his father in his battles with his own siblings. There’s great characterisation here too with his many nervous ticks, such as the nail biting and eating fetish. (Marwan shaves off his arm hair and is always tearing up tissues). Note that the elder son was sexually abused himself as a child; tacking out his frustrations on those weaker than him.

The upshot of all this is that ‘sexual deviance’ is in fact a form a mental illness or psychological imbalance, but often with societal roots – one of the reasons Storr’s book isn’t too poplar nowadays.

For proof here’s another movie I saw by accident, Cruising (1980), starring Al Pacino as a cop who has to go undercover in the New York gay subculture to track down a homosexual serial killer who murders his own kind. (I was looking for another movie of his with director William Friedkin and found this instead). What you realise along the way is how angry the gay men all are, angry at ‘being’ gay, with their self-loathing often externalised against other members of their community. It’s not just being a minority, but being forced to behave like women – getting dressed up to please others. Imagine that?

You do genuinely sympathise with them but not to the point of ‘agreeing’ with them, the same as in Family Secrets. Now to get back to the Yacoubian Building. Note the scene where Hatem Rashid badmouths women for being dishonourable since they can get illegitimately pregnant, something the Western critics didn’t catch onto. This is misogyny, hatred of women, the kind of homosexuality you got in ancient Greece, with women associated with snakes (and spiders and scorpions – poison stands for ‘treachery’).

Alaa Al-Aswany, whatever you’re political or literary misgivings about him, is a pretty good historian and has always defended his choice of characterisation with reference to the homosexual Arab poetry of the Abbasid era. Now take another look at Oliver Stone’s disgraceful Alexander (2004) and you’ll see that older variety of anti-female gayness making a comeback. Thank heavens they banned it in modern-day Greece!