The Origins of the Word 'Khawal'

'Khawal' wasn't always what a man can be; at some point, 'Khawlana' was actually a popular performance art. Educate yo'selves. 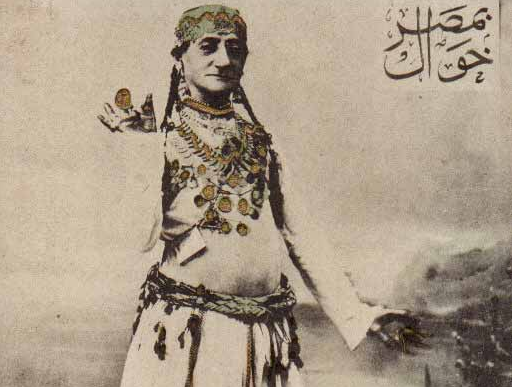 Before it became a 'dirty word' that we used to refer to basically anyone who's a little out there, or actually homosexual, khawalat were actually performers. That's right, in the late 18th century, a khawal was actually a male dancer who dressed as a woman to perform at celebratory occasions - such as weddings and births - after women had been prohibited from dancing in public. Khawalat were considered sexually available by their male audiences who found their antics sexy.

In his book, the Homoerotics of Orientalism, Joseph A. Boone writes that khawalat’s dance moves were exactly the same as Ghawazee’s (Arabic for female dancers), and that they looked more like women than men. “They suffer the hair of the head to grow long, and generally braid it, in the manner of women ... they imitate the women also in applying kohl and henna to their eyes and hands like women. In the streets, when not engaged in dancing, they often veil their faces; not from shame, but merely to affect the manners of women.” Most notable to us was that he considers growing long hair to be something you 'suffer' - we don't necessarily disagree.

Language changes with culture, and that's as wicked as it is hella confusing. See what we mean? Now, before going about calling someone a khawal, educate yourself - that way, when they complain, you can floor them with your general knowledge and say, "That actually used to be a cross-dressing male dancer, but you wouldn't be smart enough to know that now, would you, ya khawal?"