119 Muslim Brotherhood supporters were sentenced today, after the court found them guilty of involvement in a demonstration that turned deadly. 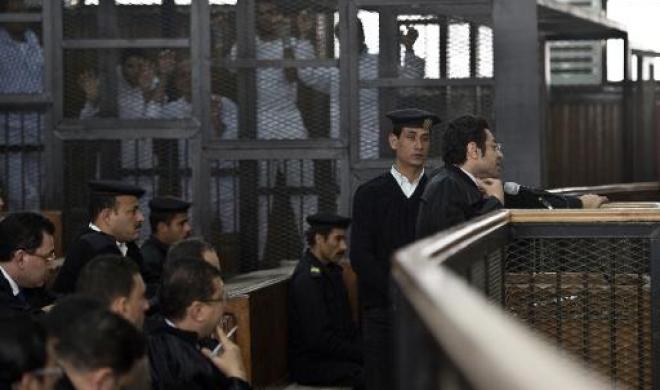 Recently Egyptians have taken to holding their breath every time a mass sentence is to be given. The last trial was met with quite a bit of controversy as Egypt's courts sentenced 529 Muslim Brotherhood to death.

Standing trial today were another 119 Muslim Brotherhood supporters for their alleged involvement in an October demonstration that resulted in 50 people being killed. Judge Hazem Hashad sentenced the group to three years each in prison, according to judicial sources. A welcoming change from the mass death sentences given out recently. Judge Hazem Hashad acquitted six of the accused Morsi followers, who faced charges of unlawful assembly and thuggery, according to Reuters.

Of course, the 529 sentenced to death allegedly stormed a police station and murdered an officer, while conversely these defendants were partaking in demonstrations. Commenting on the decision seems inappropriate considering that the evidence hasn't been publicly disclosed, however the only silver lining, is that it seems like the courts are taking a less harsher stance on Brotherhood supporters. Some will rejoice, others will cry foul, but at the end of the day this judgement is better than creating history with mass death sentences that is impossible to justify.