The Society for the Protection of Animal Rights in Egypt has received word that a seemingly drugged lion cub is being used as a photo prop in Porto Sokhna. 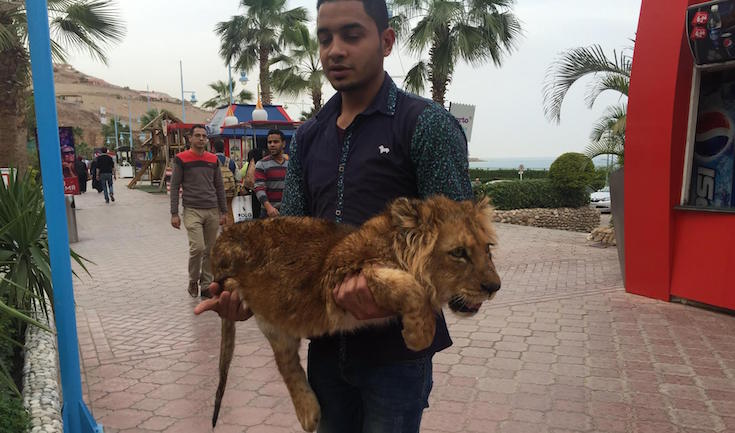 According to a post on the Facebook page for the Society for the Protection of Animal Rights in Egypt, two men in Porto Sokhna have been seen carrying around a young – apparently drugged – lion, trying to get people to give them money to take pictures with it.
The post details an email sent to S.P.A.R.E. from a concerned expat, and shows two pictures of a man holding the distressed animal. The email reads:
"I would like to inform you of a drugged lion being used for photographs at Porto Sohkna. Every night two men are carrying around a young lion and charging money for photographs with it. The animal is clearly drugged and in bad condition. Is this legal?”
Comments on the Facebook post say that the issue has been escalated to Porto’s management, The Amer Group, but feel free to add your voice by calling the Amer Group’s customer service number at 19106.