Journalists continue to suffer in Egypt. 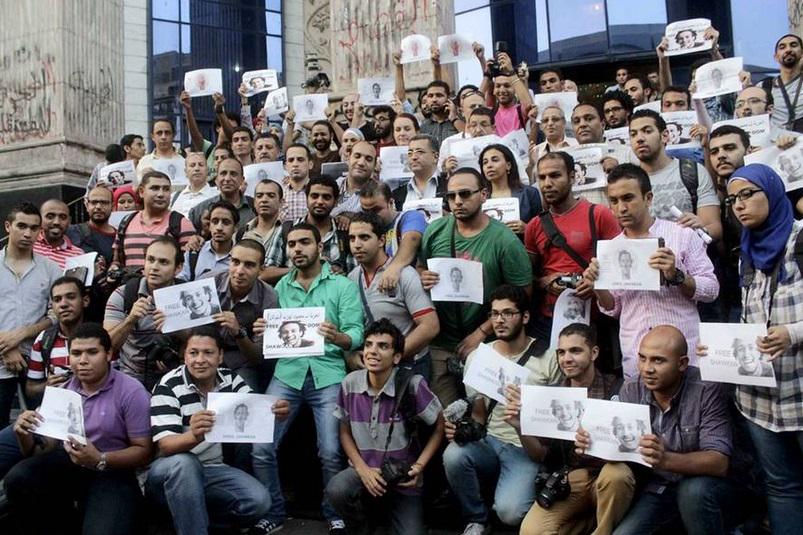 Amid continuing instability and the government’s efforts to crack down on journalists critical of the Sisi regime, Egypt has fallen to 159th place in the World Press Freedom Index.
Annually published by Reporters Without Borders since 2002, the World Press Freedom Index ranks 180 countries. Egypt's position in the ranking has gradually declined since the revolution, going from 127th out of 173 at the time of Mubarak’s ousting, to 158th out of 178 under Morsi. The index measures the media environment of a country using metrics like transparency, pluralism, and abuses.
Despite Sisi’s statements in September to CNN that Egyptian journalists enjoyed an "unprecedented" freedom of expression, Egypt is still home to one of the largest populations of incarcerated journalists in the world.
Often being held without trial, there are also reports of journalists being tortured or denied medical care when ill. The climate was made even more trepidatious when the government adopted measures to enforce their ‘official record’ as the only way to report on terrorist attacks.