Egypt continues its desperate search for new dollars, proposing a plan to breed and export crocodiles in hopes of fetching up to $400/crocodile. 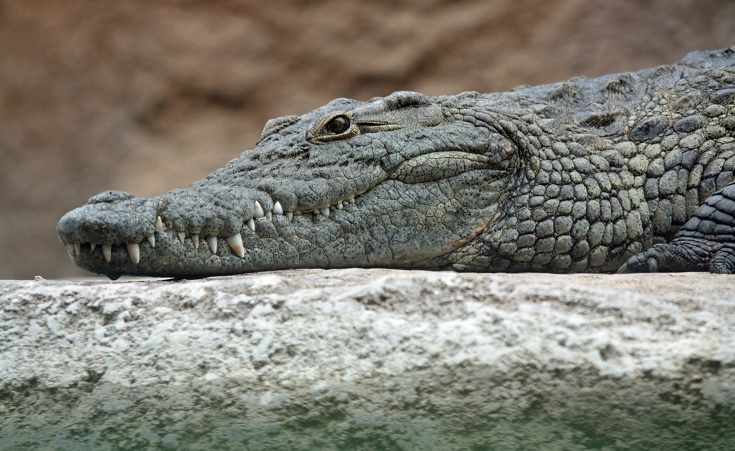 On Sunday, Fahmi told parliament that he is “convinced that investment in crocodile breeding has economic returns as one crocodile now sells for $400.” The proposed plan suggests designating Lake Nasser, located behind the high dam in Upper Egypt, as the area in which to breed crocodiles for export, claiming that the location already has an estimated 3,000 crocodiles.

An Egyptian company will be running the operation with the help of experts from South Africa and Zambia.

The new proposal stems from a recent decision by the Convention on International Trade in Endangered Species of Wild Fauna and Flora (CITES) allowing for the trade of crocodiles with certain restrictions. According to officials, “CITES no longer prohibits Egypt from exporting the Nile crocodile. But until now, unlike other African countries, Egypt has not got an export quota because we have no experience in breeding crocodiles.” The average size of the Nile crocodile ranges from 4.5 metres to 5.5 metres, and is the largest crocodile in Africa – surpassed globally only by saltwater crocodiles.

With the international demand growing and crocodile skin valued at $400/crocodile, Egypt is hoping that investing in this trade will diversify its exports and create a new revenue stream. “It is necessary to encourage local and foreign investment in crocodile-breeding farms in Egypt,” Fahmi tells lawmakers.

To help attract investment in this new exporting opportunity, the ministry is ready to approve the construction of commercial aquariums for crocodiles and hopes to start exporting crocodiles by 2020.