Karim El-Banna's fate was sealed after his own father took to the stand to testify against him. 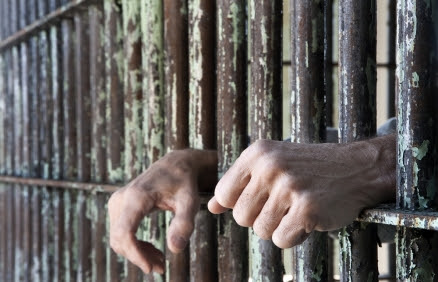 Apparently Egypt is a lot a safer after an Egyptian court has sentenced a 21-year old student to three years in jail for announcing on Facebook that he is an atheist and for 'insulting Islam'.

The trial of Karim El-Banna took place in the Nile Delta province of Baheira on Saturday. Taking the stand and incriminating El-Banna was none other than his father, who testified against him claiming that he was embracing extremist ideas against Islam and essentially sealing his own son's fate.

Supposedly, the arrest took place back in November when Banna went to file a complaint at the police station against his neighbours after they began harassing him when his name appeared in a list of 'known atheists'. While filing the complaint, he was accused of insulting Islam and was immediately arrested.

El-Banna's lawyer, Abdel Nabi, tells AFP that El-Banna “was handed down a three-year prison sentence, and if he pays a bail of 1,000 Egyptian pounds ($ 140 or 117 euros) the sentence can be suspended until a verdict is issued by an appeals court." The date for appeal is set to be heard on March 9th.

El-Banna is not the first to be sentenced for blasphemy as Egypt's constitution clearly outlaws insults against the three recognised monotheist religions - Islam, Christianity and Judaism.