In a surprising move, Egypt's courts have reduced the sentences handed out to the men involved in the 'gay wedding video' that shocked the media last September. 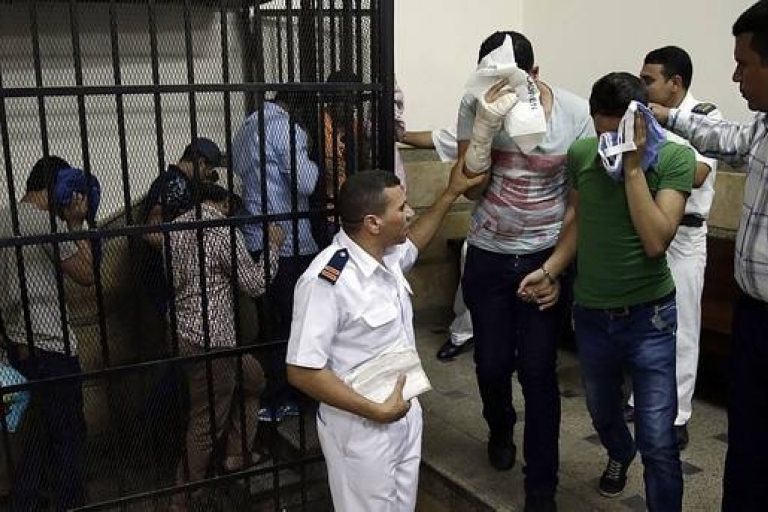 It's not every day you hear that Egypt's courts have relaxed their attitudes towards anything, except, you know corruption, state-sponsored violence and ex-dictators... This weekend's big news came when an Egyptian court announced that they will reduced the sentence of eight men who were arrested and charged for "inciting debauchery and offending public morality," from three years, to one. The men had all denied the allegations in their trial in November of this year, after a mobile phone camera clip of what appeared to be a gay wedding ceremony aboard a Nile felucca went viral in September. This suprising decision comes just a few weeks after the arrest of 26 alleged-homosexual after a police raid on a bathhouse in Ramses. Though their case is still in progress, adjourned until January 4th 2015, many activists are hopeful that yesterday's decision may also play in their favour.