In the latest horror to emerge from Iraq and Syria, a UN envoy on sexual violence reveals some sickening tales. 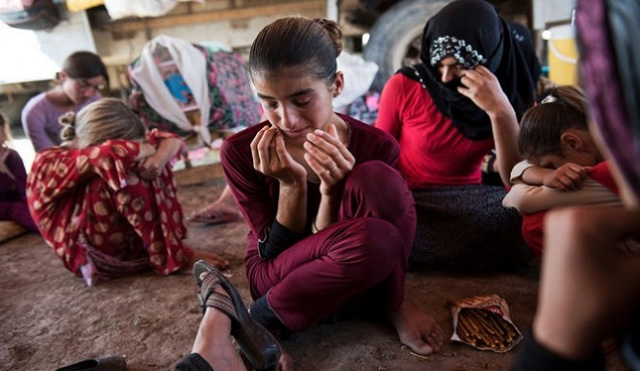 ISIS continue to build a haven for perverts to practise their perversion in the name of God. UN envoy on sexual violence in conflict, Zainab Bangura states that a successful strategy by ISIS to recruit foreign fighters, which act as the “backbone” of the movement, is by offering abducted young girls. According to Bangura, girls are sold in slave markets for, “as little as a pack of cigarettes,” according to AFP.

Foreign fighters have been flocking Iraq and Syria in increasing numbers to join ISIS in the past 18 months and Bangura believes this is aided by what ISIS has to offer: “this is a war that is being fought on the bodies of women...This is how they attract young men: we have women waiting for you, virgins that you can marry.”

Bangura visited Iraq and Syria in April, working on an action plan to address ISIS' continued sexual violence. Talking to girls that managed to escape ISIS captivity, Bangura recounts horror stories, “some were taken, locked up in a room – over 100 of them in a small house – stripped naked and washed.” They were then made to stand in front of a group of men who decided “what you are worth.” Going on to describe one such account where a 15-year old girl was sold to an ISIS leader in his 50s, showing her a gun and a stick he asked to choose between them. She said "the gun" and he replied: "I didn’t buy you so that you could kill yourself,” before raping her.

With every conquered land, ISIS scours for more females, according to Bangura: “They kidnap and abduct women when they take areas so they have – I don’t want to call it a fresh supply – but they have new girls.” Most of the abducted girls are part of the Yazidi minority targeted by the militants but many communities like the Yazidis welcome back these girls and offer them support. Bangura praised Yazidi religious leader Baba Sheikh for publicly declaring that the girls need understanding.