An extremist Israeli settler was caught on camera and in barbed wire as he tried to forcibly remove a Palestinian flag from someone's home. 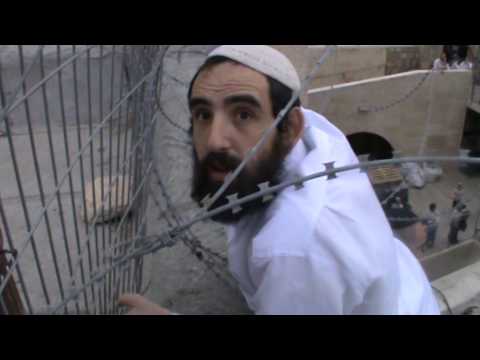 Muslims will call it Allah's will, the Jewish will call it a tragedy, while the rest will simply call it karma. Recently, an angry Israeli settler attempted to climb to the top of a Palestinian home to remove a Palestinian flag. To the rejoice of anti-Zionists, the bearded settler failed to reach the top of the building as he was entangled in barbed wired.

The Palestinian home was located in Hebron and bordered Beit Hadassah, a Jewish apartment complex, in an area of the city under Israeli military control. The Palestinian home owner named Shadi Sidr, caught the incident on video camera, as onlookers on both sides either jeered or cheered. While entangled in the barbed wire, the two of them had a conversation, where the Jewish settler explained that Sidr'd home belongs to him saying “This is all mine, this is my country and my land... this whole country is the Land of Israel.”

Shortly thereafter, three armed Israel soldiers arrived to the scene, and demanded that Sidr remove the flag. Sidr refused to do so unless the provided a court order. The soldiers then called for further instructions from commanders, who seemed to have wanted them to arrest him, which prompted one soldier to say: “This is completely crazy... There is no reason to remove him [Sidr] by force in front of the cameras.”

The incident fizzled out and Sidr avoided arrest as the soldier claimed they would return with a court order. That hasnt happened yet, as the IDF have claimed that there is no policy that mandates Palestinian flag removal. Considering that many Palestinians have been arrested for much less, Sidr can consider himself lucky, while the Jewish settle can consider himself an idiot victim of karma.

Here is the video of the Israel soldiers confronting Shadi Sidr.

Bassem Youssef Launches Crowdfunding Campaign for The Children of Palestine

The campaign is aimed at helping raise funds for children affected by war and [...] 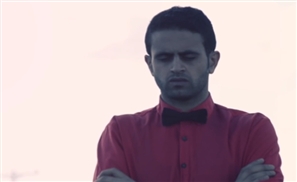