CAPMAS confirms that the number of tourists in Egypt has decreased almost to the half compared to last year. 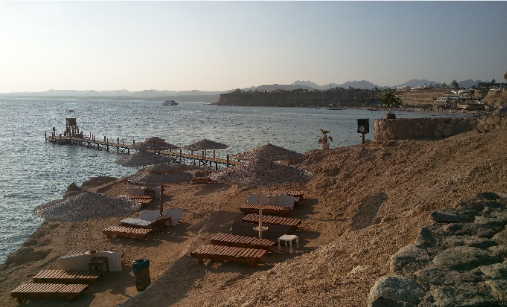 Tourism in Egypt continues to struggle to recover as state statistics body, Central Agency for Public Mobilization & Statistics (CAPMAS), announced that Egypt was visited by 440,700 tourists in March, a 47.2 percent decrease from the previous year.

This alarming figure lies in sharp contrast to the 834,600 tourists who visited the country during the same month last year, CAPMAS confirmed on Monday.

The current decline in tourist numbers comes after the Russian passenger jet crashed in Sinai on October 31st last year, killing all 224 people on board, most of whom were Russian holidaymakers. The number of tourists visiting Egypt fell in March for the fifth consecutive month, following the downing of a Russian plane last year, which drove tourists away. This corroborates a previous statement made by Prime Minister Sherif Ismail in January, claiming that “After the plane crash, over the past three or four months, [Egypt] has lost around $1.2 billion or $1.3 billion in revenues.”

Pursuant to the Economic Counselor of the Minister of Tourism, Adla Ragab, the income of the tourism sector has dropped to 66 percent at the first quarter of 2016. However, the crisis began to heighten ever since the mistaken killing of 12 Mexican tourists on September 14th in the Western Desert as a result of their entering a restricted military zone, which made CNN derisively label the entire country as such.

"For Egypt, the contraction in foreign currency inflows that would accompany a shrinking tourism industry would not only negatively impact growth, but would exacerbate the existing foreign currency shortage," said a World Bank report in January, which had accordingly revised down its forecast for the country's economic growth by 0.7 percent in the fiscal year 2015/16.