Accused of planning sabotage, two Brits and their Egyptian relative were stopped as they emerged from El-Marg station. 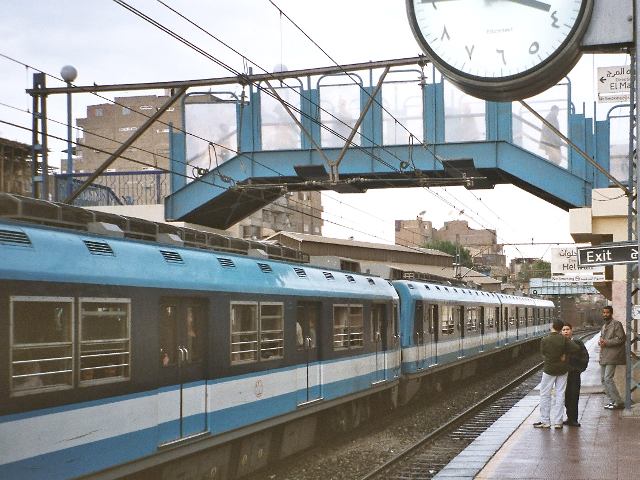 Apparently we live in the kind of Egypt that considers the English language a threat against national security as on Saturday two Egyptian-Brits and their Egyptian cousin were arrested on the metro, accused of plotting against the state.

The incident occurred late Saturday when the group were having a conversation in English on the metro.  Over hearing the conversation is an unnamed 42-year old contractor who allegedly heard them talking of “destroying homes and companies” on the anniversary of January 25th.

Reaching the El-Marg metro station north east of Cairo, the trio was stopped by police who were alerted by the contractor on their supposed treacherous plans. Having to stand before Sayed Gad el-Haq, the assistant Minister of Interior for the transportation department, the trio denied the allegations. According to Youm7 the case was referred for prosecution nevertheless.

That being said we recommend that foreigners and Egyptians alike exercise caution or avoiding talking about politics in public spaces, especially leading up to the January 25th anniversary.