The notorious TV presenter will be standing trial on charges of publishing false news, libel and defamation this April. 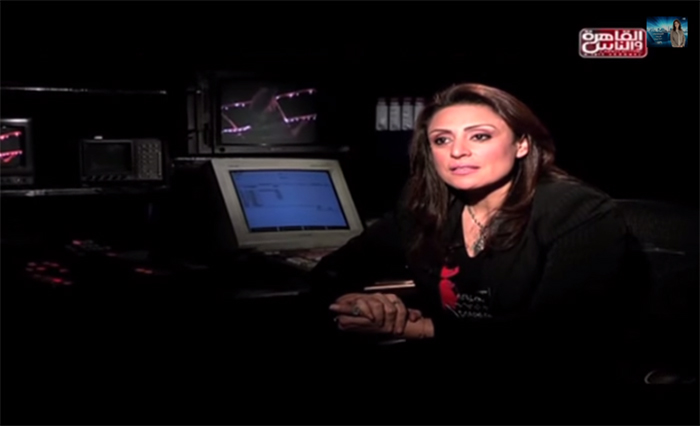 TV host and supposed journalist Mona Iraqi became known overnight as Egypt’s worst journalist and biggest homophobe, when she informed and accompanied police on a bathhouse raid, resulting in the arrest of 26 men for allegedly engaging in homosexual activity. In a surprise verdict that no one saw coming, all men were found not guilty and instantly calls for Mona Iraqi to stand trial for destroying these men's lives spread through both traditional and social media. Finally heeding the call, the prosecution have decided that Iraqi will face charges of publishing false news, libel, and defamation.

On April 5th, Mona Iraqi’s preliminary hearings will begin, however she will not be the only one facing charges. Joining her is the owner of the channel Al-Kahera Wel Nas, Tarek Nour, who was ultimately responsible for broadcasting the raid. At the time of the episode, Iraqi believed herself to be a hero, proudly claiming that she was the one that informed security forces of ‘debauchery’ at the Cairo bathhouse.

Thankfully, Iraqi wasn’t heralded for her efforts and the despicable episode was met with both local and international condemnation. Hopefully, her case will set legal precedence, putting an end to sensationalised journalism that paints the accused as guilty before even standing trial, ultimately ruining lives by defaming the innocent, long after the court case concludes.

In a separate incident, Mona Iraqi was recently arrested at the El-Massria School for filming without permission. Iraqi claims that she suspected that the school was issuing counterfeit US diploma certificates. Iraqi was detained after the school alerted authorities. As it stands, she has been released pending an investigation; however whatever course they choose to take will stand alone in its own trial as it is not connected with her preliminary hearings on the infamous bathhouse case set for April.

Finally, some real criminals facing trial: http://t.co/UNW3e8bYdG May it end in a conviction.

Good. I hope Mona Iraqi gets locked up.