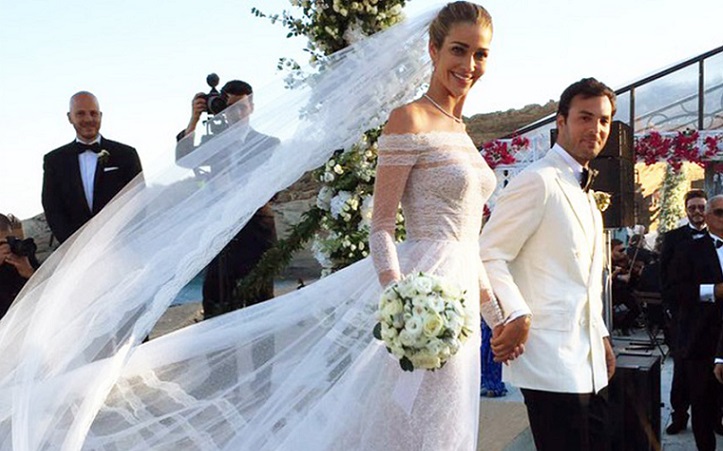 You might have noticed people making the move to Sahel, Gouna, and other such dreamy beachy lands during the Eid weekend, but what about the mysterious case of Mykonos? Why were our social media feeds suddenly flooded with images of the Greek tropical island? A coincidence? We think not. Everyone in the country (or world) has been buzzing – about what can only be described as the biggest, most glam wedding of the year where Brazilian Victoria’s Secret supermodel Ana Beatriz Barros tied the knot with Egyptian-Greek billionaire Karim El Chiati. You could say a few celebrities made an appearance. Nothing special.

A slew of luxurious villas held over 400 guests who flew from all over the world for a wedding that cost an estimated 5 million Euros. On the guest list were a few models such as Alessandra Ambrosio, Adriana Lima, Isabeli Fontana, Jeisa Chiminazzo, and lot of beautiful people who looked like models but weren’t ones, along with a whole crew of Egyptians including Ganzoury, Naguib Sawiris, and Egyptian designer Amina K. It was massive. It was gorgeous. And sadly, our invite was lost in the mail. Sigh.

A photo posted by Carlo Zeitschel (@whereintheworldiscarlo) on Jul 9, 2016 at 9:30am PDT