9 of the Rarest Photos Ever Taken of Ancient Egypt 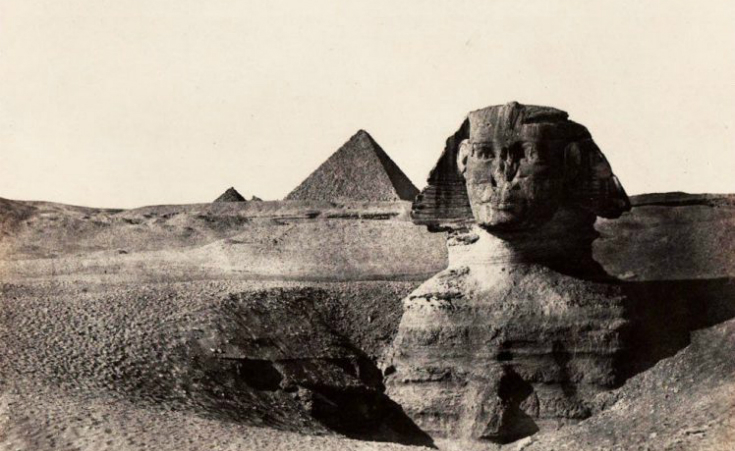 If you think travel photography is a new trend only born in the midst of the Instagram revolution, you better think again. Almost two centuries ago, these rare photographs of Om el Donya’s historical sites show us Egypt at a time when it was the most glorious of travel destinations.

Taken by French photographer Maxime Du Camp only 20 odd years after the invention of photography, these 9 rare photographs portraying infamous locations like the Pyramids, the Sphinx and the Temple at Dendera are proof that our Teta’s stories about Egypt’s magnificence back in the day are not just sad figments of her ageing mind. The Sphinx, with the pyramids in the background. Ruins of Karnak Temple in Thebes. Temple of Isis at Philae. Frieze at The Temple at Dendera. The Temple of Ramesses III at Medinet Habu. The Mosque of Sultan Hassan in Cairo. Mosque of Bellal at Philae. The statue of Ramses II in Abu Simbel.

The photographs, which are part of a rare card collection titled "Égyptie, Nubie, Palestine et Syrie", are valued at over $20,000 by Antiquarian Auctions.