Egyptian soil is rife with important archaeological discoveries but this latest one could shed some serious light on the history of the country... 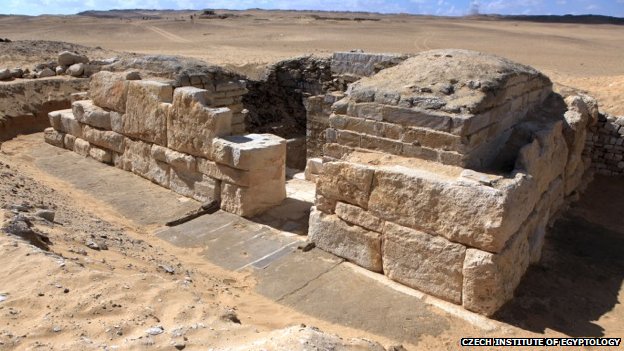 Hardly a day goes by without archaeologists finding an ancient relic in this country that's older than the Colosseum and the Great Wall combined. Yeah, we're historically epic like that. In the first big discovery of 2015, however, a Czech team has unearthed a tomb that not only sheds light on an ancient Pharaoh and his queen but the entire Fifth Dynasty altogether, and has stunned international archaeologists.

The tomb, believed to be the final resting place of Pharaoh Neferefre's wife who was, until now, a mystery, was discovered in Abu Sir, a complex of tombs 20 kilometers to the South of Cairo. The hieroglyphics found in the chamber, however, name the dead queen as Khentakawes III, about whom nothing was known so far. Thanks to the chamber, the tools and vases found alongside the body, scientists are now hoping to find out more about the life during the Fifth Dynasty and the reign of Pharaoh Neferefre.

The discovery is making international headlines due to its potential to "help us shed light on certain unknown aspects of the Fifth Dynasty, which along with the Fourth Dynasty, witnessed the construction of the first pyramids", Egyptian Antiquities Minister Mamdouh El-Damaty said today. There is no such thing as a bad finding in Egyptian archaeology but this one, in particular, has our curiousity piqued. We are curious to see what else will be found this year.

Photo courtesy of the Czech Institute of Egyptology.