For many, Eid is the perfect time to get away but this year it falls right in the middle of the new TV series season. Aida Aly takes us through the must-watch new shows and returning favourites. 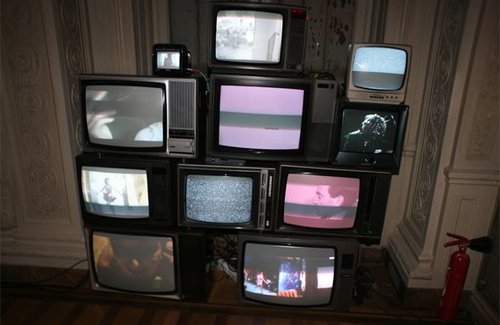 The leaves are starting to fall, the hipsters are taking their new “vintage” coats out and soon enough (if not already), Uggs boots will be roaming the streets of Cairo. Winter is coming. For many, the beautiful season of autumn means a sepia filter on the very original picture they took of fallen leaves, or photos of feet in sand, if they're lucky enough to get away for Eid. For me, this season means my old shows being resurrected and new ones being born.

Despite the collective heartbreak we’re all going through because of Breaking Bad and Dexter coming to an end, it’s time for us to start hunting for new shows to unhealthily obsess over.

There are tens of new shows premiering this autumn and I, being the lazy couch-potato that I am, decided to put off working on my assignments for a bit and watch the pilot for every new show released and the trailers of those yet to premier. A few hours into my fall TV marathon, I came to the harsh realisation that the days of good TV are long gone. According to Hollywood, what makes a good show nowadays is a cheap setting, an even cheaper plotline and ridiculously good looking actors who feel the need to constantly take their shirts off. Add some fangs in there and you’ve got yourself a massive hit. Not only are most new shows a complete disaster, the ones that have been revived for a new season have taken a turn for the worse.

Here’s a round up of everything you need to know about this autumn’s TV shows.

We all love Anna Faris. She’s our affirmation that blondes truly are stupidly hilarious. Her new show, Mom, is about her recovery from alcoholism as a single mother of two and her dysfunctional relationship with her mother. Although the show is quite amusing, as a comedy it did very little to make me laugh. Like most comedies these days, most scenes feel like they’re too exaggerated. I can’t say the show is terrible but maybe next time Anna Faris should stick to horror film parodies.

Seth MacFarlane is back with yet another sitcom with Seth Green and Giovanni Ribisi. You might remember Giovanni as Phoebe from Friends’ crazy brother. He’s come a long way since then though because he is looking pretty good. Him and Green are two video game developers who have their senile dads move in with them. The show is pretty fun and what it lacks in humour it makes up for with Ribisi looking super sexy in a suit and Brenda Song’s cleavage.

We all love Job from Arrested Development. He’s hilarious, he’s dumb and he’s hot. There’s not much more to ask for. Will Arnett stars in a new sitcom about a divorced TV reporter with a newly divorced mother moving in with him. It seems dysfunctional families is this autumn’s theme in the TV world. As attractive as Arnett is, the series is a big disappointment in the world of comedy. Arnett’s performance is nothing short of sad in comparison to Arrested Development.

AGENT COULSON IS BACK! Let’s all take a moment to do the happy dance. Marvel’s new TV show is gaining a lot of noise and rightfully so. The show has Agent Coulson putting together a small team of S.H.I.E.L.D. super agents who go on super secret missions and come across super undercover superheroes and save the world in a super way. It’s quite a super show and I super like it. I can’t wait to see the Tumblr world react to this.

Imagine post-apocalyptic Lost meets The Hunger Games. Set 97 years after a nuclear war, the human race now lives on a spaceship. With little hope of ever inhabiting Earth, they decide to send 100 prisoners to test if the planet is livable again. The sci-fi show has the potential of being great but upon seeing the cast list, which consists of unknown, young actors whose only talent is having hard abs and pretty faces, I have my expectations set very low.

Somebody please tell Hollywood to stop remaking classic UK series. The show stars an outcast teenager who also happens to be incredibly handsome. He discovers he’s actually not a strange outsider but a new generation of human with superpowers being hunted down by a secret organisation of people trying to wipe out his race. The show is basically Heroes meets X-Men meets insanely hot teenagers that look nothing like teenagers.

The drama starring Michael Sheen and Lizzy Caplan portrays the life of sex scientists William Masters and Virginia Johnson. The series chronicles their lives and shows how their research ignited the sexual revolution in the West. The show is packed with highly acclaimed actors and is directed by Academy Award Nominee John Madden.

It’s a show about Dracula in Victorian London. I don't really think I need to say more. Why does Hollywood think it lacks vampire themed content?

Now I like looking at a six pack as much as any hormonal teenager but I have quite honestly had enough of vampires, stupid cooking shows and lame sitcoms. I wouldn’t watch most of these shows if you paid me (and that coming from somebody who watched 90210 for 6 consecutive years). However, a few of them seem very promising.

Egypt won the rights to host the international event for the second time since [...]