Egypt's own Doaa Al-Adl is the only Egyptian to make the BBC's list of 100 inspiration and influential women in 2016. 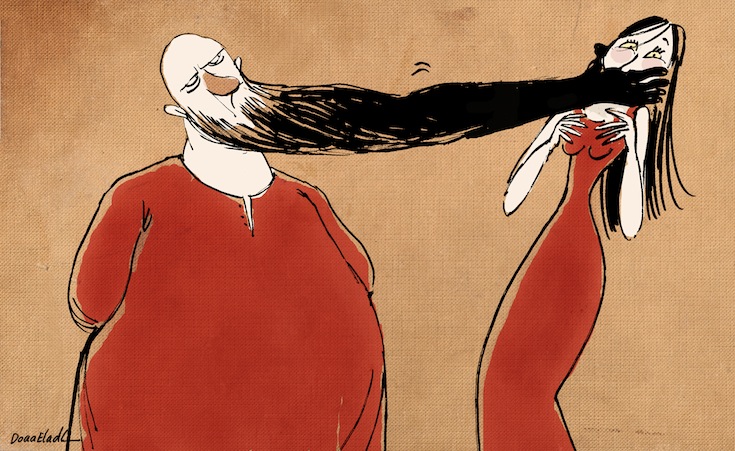 Congratulations to Egyptian cartoonist Doaa Al-Adl who was named one of the 100 inspirational and influential women in 2016 by the BBC.

Working for Al-Masry Al-Youm, Egyptian Doaa Al-Adl has broken stereotypes and earned the reputation as one of Egypt’s poignant cartoonist in a field dominated by men. The graduate of the Faculty of Fine Arts in Cairo was born in Damietta and has collected various international awards for her work, including a 2014 prize from the Cartooning for Peace Organisation currently being headed by former UN Secretary General Kofi Anan.

According to the BBC, Al-Adl is “one of the pioneers in a field that has long been dominated by men, she believes art can be the best medium to break taboos.” Coupled with the current climate of authorities cracking down on Egyptian cartoonist, the recognition is well deserved as former Prosecutor General Talaat Abdullah referred Al-Adl to prosecution on blasphemy charges stemming from a cartoon she drew highlighting the Muslim Brotherhood’s voter manipulation strategies.

Impressively, Al-Adl has managed to publish a drawing every day this year and believes that the power of and inspiration behind drawing are what drives people to follow comics regardless of which gender created it.