Bassita's New Campaign To Bring Migrants and Egyptians Together

Bassita continues to prove that click funding works and have just launched 'Ta'arafo - It's a Match!' which is a new campaign that will bring together migrants and Egyptians residing in 6th of October, strengthening their community and providing assistance - with your help. 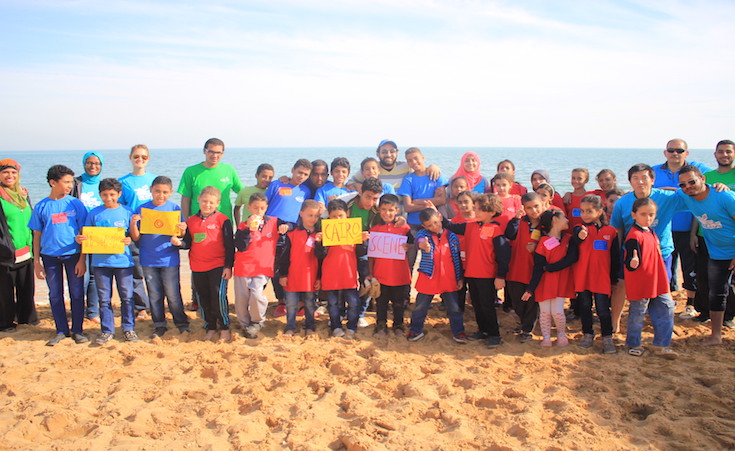 Inspiring smiles, while making Egypt is a little better for the unfortunate is none other than the clickfunding do-gooders Bassita! Off the heels of multiple successful campaigns that redefined the power of a simple click, Bassita returns with yet another heartwarming campaign that will benefit those who are in dire need of help. This week, Bassita released their latest click funding campaign video entitled Ta'arafo – It's a Match! aiming to promote dialogue between migrants and their welcoming communities in Egypt.

From the first time we heard about Bassita, CairoScene has been a proud community supporter of their groundbreaking vision of adding value to a simple click of the mouse, by connecting organisations and corporations to worthwhile causes. This game-changing concept has made a real difference in peoples lives, whether it was helping visually impaired artisans acquire glasses or their last campaign (Why is the Red Sea Red?) which took underprivileged Egyptian children to experience the beauty that is Red Sea for the very first time in their lives. These are but a few examples of the good work the award-winning organisation has accomplished in a short period of time, and encouragingly are showing no signs of slowing down.

This time around Bassita has joined forces with the International Organization for Migration (IOM) to launch a campaign that hopes to enhance social cohesion between residents of Beit el-Eala in 6th of October the city. According to co-founder Alban de Menonville, “In this campaign, clicking will not only mean giving money, but also promoting dialogue between migrants and their host community. Click funding aspires to change the world - today it gets to change behaviour.”

For a campaign to be deemed a success, Bassita usually announces the set goal of video views, however this time they have created a point system which will allow viewers to help reach the goal in a multitude of ways. The goal set for this video is to achieve a 100,000 points, and if they reach it, they will give out 1,000 coupons, each worth 80 LE, with half of each coupon going to a migrants and the other half going to an Egyptians residents of the area. In order to cash in their coupon each person must find the holder of the other half of the coupon either online, via WhatsApp or Facebook, or offline, and collect their money together from IOM campaign booth on distribution day. This in effect will give the residents the chance to come together and strengthen the community by making conversations and friends that will hopefully live on well after the Ta'arafo – It's a Match! campaign ends. Project Officer of IOM Regional Office in Egypt, Roberto Cancel, points out that “This is just our pilot project. If proven successful, it will be replicated at a larger scale in Egypt and Europe as well.”

Considering that Bassita has a winning track record, we hope that they will follow through and that this is just the start of a beautiful partnership that provides assistance while tearing down stereotypes and social barriers. All you need to do to make this a reality is to click and watch the video, which equals one point (0.5 LE). Liking the video equals two points (1 LE), sharing the video amounts to three points (1.5 LE), and leaving a comment on the video gives them five points (2.5 LE). There is no registration process, and is essentially the same way you engage with any online content, but with one important difference; the positive impact it has for those in need, ultimately making Egypt better place to live for all with a simple click of a Bassita campaign.