What a year it's been! We round up the most popular articles and interviews on CairoScene.com in 2013. Which were your favourites? 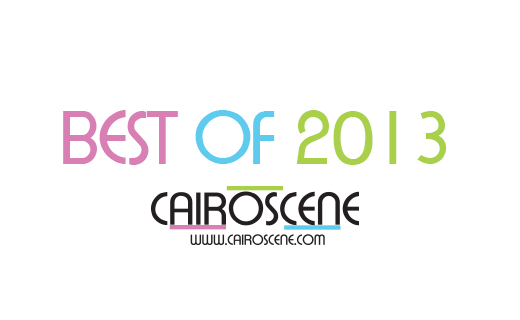 It’s been an interesting year for CairoScene. We launched a new fangled website but we were still being called racist, fascist, elitist, fatist, sexist, all the –ists under the sun. Someone even called us bullies, but for the record we’re still sure pretty sure none of these are actually true and, in general, Egyptians have a hard time separating the content from the writer. Okay, we only really bullied one person, but he deserved it. Thank you Karim Hayawan.

It’s been a big year for Egypt as well, what with another one of those revolutions and all, CairoScene’s unprecedented live coverage of which garnered international attention. Our new music section, Scene Noise, is slowly becoming Egypt’s ear to all things happening on our burgeoning underground scene, we’ve interviewed a huge selection of personalities and celebrities from Polish prostitutes to flower salesmen to wine masters. Our growing list of contributors have given a chance for our population to get enlightened whilst sitting on the toilet, in traffic, or teetering on the brink of insanity during curfew and our own agony uncle Mr.Mosh-Killa single-handedly solved most of the nation’s first world problems in a third world country. All of that and we still continue with the same level of humility and modesty as always...

From humble beginnings as a basic calendar site which was designed on MS Paint (screenshot below) and run by a street-rapper from Mansouria, we’ve come a long way…

To celebrate CairoScene’s acrimonious year in the spotlight, and because we’ll probably be shut down by a government entity by next year (it’s got to happen eventually, right?), we’ve rounded up the most popular articles of 2013…

Our site crashed because Egyptians like a clean bum abroad.

A new service started by AUCians matches up students with other students based on soul-flaming data such as where you are and what you gonna wear? Aucians got pissed because we apparently likened the campus to a brothel.

An Egyptian student trolls the whole of US with a hilarious inside joke on an international scale.

An Egyptian PhD student in Canada came up with a groundbreaking new traffic light system that can reduce traffic by 40% using game theory.

Tamer Hosny had been touring the world and mingling with America's A-listers. We assume it went like this...

… to have ever happened.

The top ten differences between dating a woman... and an Egyptian woman.

Because everyone is always complaining about being here, and because sometimes being in denial, is healthy we rounded up the most awesome reasons to be grateful to live in this hot mess.

Who’d have thought there’s actual nudists in Egypt? We interviewed one of them about why he prefers to let it all hang out…

WHAT HAPPENED TO: CAPTAIN MAJED

We teamed up with the brilliant Bouklao Illustrations to ponder what happened to one of our favorite childhood cartoon characters.

We spoke to Batool Al Daawi, the uber talented fashion photographer making a name for her in a male dominated industry.

Our resident film buf Wael Khairy was lucky enough to have known and worked with the legendary film critic Roger Ebert for years before his passing away. Wael opens up about the films and friendship they shared.

Timmy Mowafi spoke to award-winning director Alison Klayman about her cult-phenomenon of a film, Ai WeiWei: Never Sorry, a portrait of China's most infamous artist...

We spoke with Jasmine Soliman, the curator of The Koshk Project - a brilliant initiative planned to map out koshks and expose their histories through an art exhibition...

HANI SHUKRALLAH: FROM THE HEART

Dalia Awad meets up with prominent journalist and activist Hani Shukrallah who has twice been at the helm of Al-Ahram’s English outlets, and twice been fired.

GETTING US TO THE GREEK

The world's press recently fawned over the announcement of Egypt's first tech park; a Silicon Valley on the Nile. Managing editor Dalia Awad meets Ahmed El Alfi, Tarek Taha and Sherif Kamel - the men making the vision a reality - to find out more.

We ask Momen ElAdl to write bluntly about his experience, after his military service medical exams; an unfortunate rite of passage for many young Egyptian men...

Adam Mowafi discusses the characters that make up today's post-revolution society. Which one are you?

CairoScene spoke to the one and only Lara Scandar... We say spoke, but we actually tried to teach her to dance to Dubstep and then creeped her out as much as possible.

STREET SOUNDS: ON A HIGH NOTE

Timmy Mowafi smokes a J or two with the movers and shakers on the underground Shaabi, Rap and Hip-Hop scene in Egypt.

Known as the 'hardest working man in Dubstep', Philadelphia-native Khadafi Dub has gone from rap star to rave master, making an art out of walking the line between the two. Dalia Awad speaks to him hours before his gig at this year’s D-Caf festival.

CairoScene sits down with Cherine Amr and Nancy Mounir, the two leading ladies of Heavy Metal outfit Mascara who, after turbulent beginnings, rose to play at some of the biggest music festivals in the world.

In his first solo EP, Fairchile, Hussein Sherbini of Wetrobots fame, establishes himself as an avant-garde producer, using 90s influences to create a futuristic sound.

Steve Double has spent the last few decades taking pictures of the most famous people on the planet from Michael Jackson, Bono, Nirvana, Daft Punk, Bjork and Nina Simone to Steve Jobs, Robert Duvall, Zaha Hadid, Tilda Swinton and probably everyone you've ever idolised or admired. It's an endless list which now includes the CairoScene team.

You could call the star of Kite Runner and The Square, Khalid Abdalla, many things: an actor, an activist, a cultural producer... just don't call him "a little brown boy."

We catch up with the founders of Egypt’s first skate crew and online store, Skateimpact, to talk about the skater scene here, Tramadol and, of course, Avril Lavigne...

Regional Manager of Google Egypt & North Africa, Wael Fakharany is the George Clooney and Oprah Winfrey of the tech-world combined. Despite never having seen CairoScene, he agreed to come into our offices for the ultimate Geek Corner interview.

THIS IS IAN LEE

Freelance CNN correspondent and go-to man when it comes to reporting on the ground, Ian Lee has become quite the celebrity in Egypt. In an exclusive interview, we talk to the man behind the mic about poignant and pointless things in equal measure...