Gisele Bundchen in a Burqa?

Supermodel Gisele Bundchen has the internet all riled up as she allegedly donned a burqa while leaving a Parisan plastic surgery clinic... 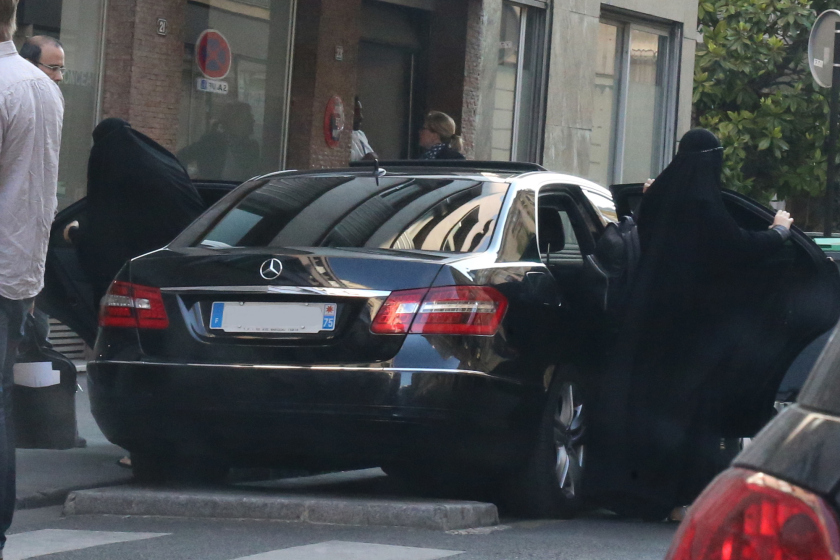 In a world where important news stories that question our humanity are largely ignored in favour of celebrity stories, comes the viral controversy on social media surrounding supermodel Gisele Bundchen's decision to allegedly leave a plastic surgery clinic wearing a burqa in Paris.

Haters worldwide have taken to social media to ridicule and scornfully attack her for the decision, believing it to be inappropriate. Though the incident happened during Ramadan with only one publication, The New York Post, publishing a story about it during the month, only recently have pictures surfaced across the internet and comments begun to roll in.

We're not exactly sure how people are able to tell that under the burqa is in fact Gisele Bundchen, however that hasn’t seemed to stop the masses from making their opinions known. We just have to assume that after years of walking the catwalk her ankles and knuckles are simply unmistakable. There are those who spent their time debating if the act was haram or halal, but the real question that few asked, if any, was why wasn’t she fined?

In July of 2014 France’s Supreme Court upheld the controversial decision to ban the burqa, punishing those who ignore the ban a fine of up to 150 euros. With France’s recent history of cracking down on those wearing a burqa, it is completely a wonder as to why Bundchen's blatant use of the burqa to hide one's identity could go unpunished, while those who wear it for religious reasons are left to face fines.

Here’s what social media had to say on the matter.

For the first time in history, me and Gisele Bundchen kinda looked alike. https://t.co/OhAgEMZihr

Gisele Bundchen spotted disrespecting not only Islam, but the Muslim community as well for selfish reasons! Cute!!! pic.twitter.com/qSqFJTaxc7