Downtown Cairo is Unifying Its Storefronts with Its Architectural Heritage

Downtown Cairo is celebrating its architectural heritage, which goes as far back as the medieval Mamluk era, by renovating its storefronts to better fit in with their timeless facades. 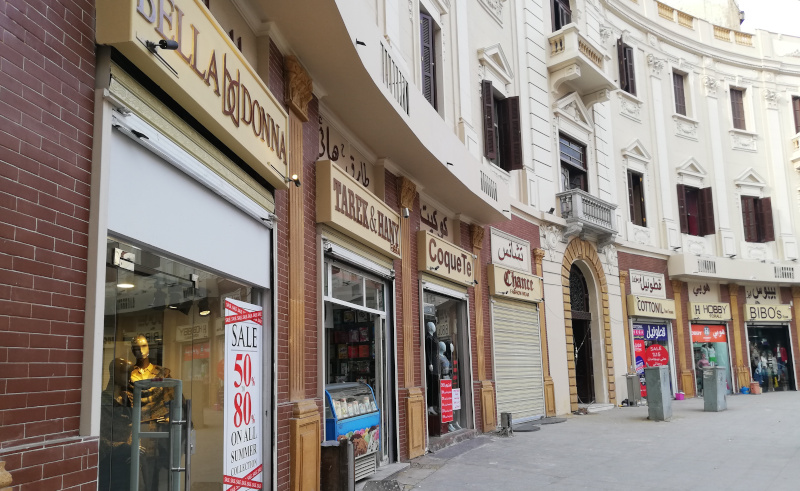 Downtown Cairo is arguably one of the prettiest parts of the capital, especially when you get to isolate its older buildings' architecture, which can go as far back as the medieval ages. But that's the problem - these beautiful structures are often marred by transient, commercial facades, with garish signs that are destined to be replaced within the month. All that's about to change. The city will begin unifying the storefronts and restaurants in the Downtown area in order to beautify the heritage buildings, which house many of the retail locations in the neighbourhood.

Talaat Harb Street, one of the most famous streets in Downtown, is already hard at work with many storefronts currently under development.

Aside from the removal of distracting signs and banners, we'll also be saying a tearful farewell to street kiosks. This beautification project hopes to cover Qasr El Nile, Opera Square, Shawarby Street, the stock exchange district, and many other smaller streets.

Downtown Cairo is home to 500 heritage buildings, many of which were built during the Khedive era. With the implementation of this project, we may yet to see their historical beauty shine.