Ebola and Hajj: A Global Concern?

Hajj season is upon us, and CairoScene talks to the Saudi embassy on all the precautions it is taking to ensure that the pilgrimage does not result in a global Ebola pandemic. 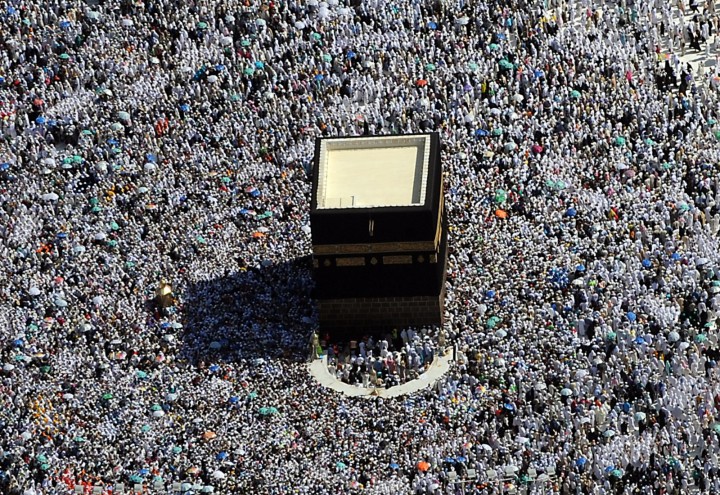 Eid el Adha is upon us, which means millions of Muslims all over the world will be making the pilgrimage to the Kabaa in Saudi to perform hajj, even though this year poses serious challenges that can have global implications.

It is no secret that an Ebola outbreak is currently ravaging West Africa. An official spokesperson of the Saudi Embassy tells CairoScene that “the Ministry of Health in coordination with Ministry of Hajj and Ministry of Interior stated that strong measures have been put into place to bar Muslim brothers from Liberia, Sierra Leone and Guinea to enter Saudi Arabia.”

The three countries mentioned are definite hotspots for the outbreak, but are not the only places that confirmed cases. Both Nigeria and the Congo have been hit by the outbreak, but somehow managed to slip the list, creating a cause for concerns.

Even though Nigeria was forced to withdraw its athletes from participating on Saturday at the Youth Olympics in the Chinese city of Nanjing, they seem to still be sending their quota of pilgrims to partake in Hajj, as there has been no announcement to the contrary. “So far 118,000 pilgrims have arrived by air from Nigeria. There was not a single suspected case of the deadly virus among them,” Abdulghani al-Malki, an official at King Abdulaziz International Airport, told Al-Watan.

This decision, or lack thereof, can have serious global implications, as Ebola is easily spreadable and can be contracted without the appearances of symptoms for anywhere from 2 to 21 days after being infected. Making matters worse is the fact that after completing Hajj all those who partake return to homes all over the world, potentially spreading the devastating virus into unaffected countries.

In talking with the Saudi embassy, an official spokesperson stressed that measures were being taken to ensure safety. He explained to CairoScene that “over 22,000 general practitioners have also been tapped to deal with the pilgrims should any medical emergency arise. Moreover all pilgrims are screened on entering the Kingdom before they disembark the plane.

"Saudi Arabia medical teams immediately board a plane before allowing any passenger to disembark. They check each traveler for any or all symptoms of the virus. Pilgrims are asked to declare all places they had visited in the last 21 days prior to their arrival in the Kingdom. Any travelers suspected with Ebola would then be immediately transferred to quarantine.”

With America just announcing its first case of Ebola this week, it becomes clear that the outbreak is still not under control. Although these measures are definitely needed, they may not be enough, as just one infected person showing no symptoms can result in a global outbreak. Also absent is discussion of the current status of the MERS outbreak that occurred in Saudi Arabia last year, another potential global risk.

If the threat of Ebola and MERS isn’t enough to stoke fear this year, how about the fact that ISIS is growing and will likely have members partaking in Hajj. One would like to believe that they would respect this holy site, but considering their perverse idea of what Islam is, nothing is certain. To put fears to rest, the Embassy of Saudi Arabia tells CairoScene that “the Kingdom of Saudi Arabia has a zero tolerance policy regarding acts of terrorism and all terrorist organizations. The authorities are always on high alert during the Hajj. The Ministry of Interior dispersed around 100,000 security personnel, and in addition all hospitals remain on high alert.”

Although Hajj is something every Muslims must do once in a lifetime, it may just be safer to wait an extra year. If you happen to know someone who is going this year then please check this link provided by the Saudi Embassy advising people on safety measures that can be taken. Also if you happen to see anyone exhibiting a high fever, headache, joint and muscle aches, sore throat, weakness, stomach pain, or a lack of appetite, then we suggest running for your life, because chances are they may have Ebola.