The US Embassy has just announced that Egypt is signing a bilateral agreement with the US, worth $268 million, on the heels of a joint meeting between Sisi and Obama last week. 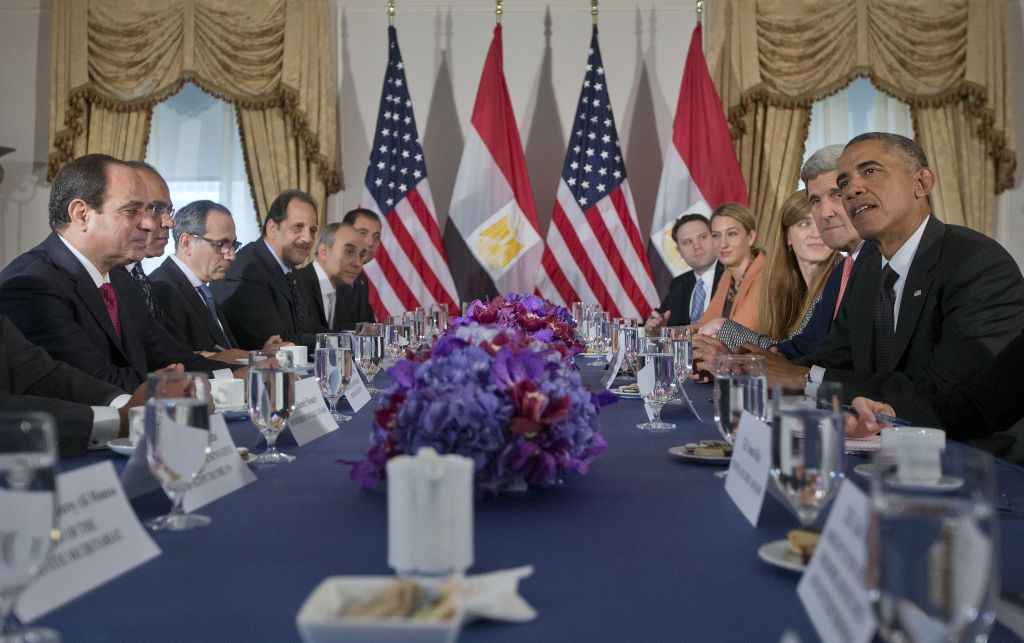 It looks like President Sisi trip to America has proven to be profitable as the US embassy in Egypt have released a statement announcing a bilateral agreement between US and Egypt worth $268 million.

On Thursday, the US embassy in Egypt stated that a bilateral agreement was reached, and that this “signif[ies] a new era in support from the American people for joint US-Egypt priorities in economic growth, agriculture, tourism, governance, water and waste water management, and education.” The news signals that relations between the two countries are improving following deterioration after the ouster of Mohamed Morsi.

Annually, Egypt receives $1.5 billion in military aid from America. However, in response to the brutal clearing of Rabaa Al-Adaweya, the US decided to temporarily suspend aid. This decision led to Egypt re-establishing connections with Russia, which ultimately led to a $3.5 billion arms deal between the countries.

Possibly stoking fears of losing an important ally, the US resumed their aid in September, delivering the ten Apache helicopters promised. However, this new agreement likely comes off the heels of a meeting between US President Barack Obama and Egyptian President Abdel Fattah Al-Sisi, which took place last week in New York during the United Nations General Assembly.