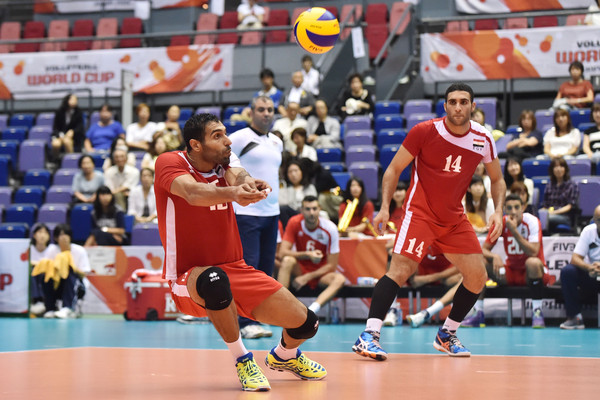 While Egyptian football struggles to regain its place on the global ranks, Egypt's volleyball players have fought their way in to the world’s top ten with a victory over Tunisia at the FIVB Volleyball World Cup in Japan.

The victory took place on Monday night with the Pharaohs just edging their African rivals Tunisia in a nail-biting showdown that was decided in a tie breaking set. Coming into the game, the Pharaohs were on an eight game losing streak, which they were finally able to break. Named man of the match was the very skillful and tall Abdel-Hay who recorded 35 attacks, 3 aces, and is currently the tournament’s top scorer with 202 points. Talking to Ahram, Abdel-Hay expresses “It was a tough day but a happy one because we got a victory after eight losses. I’m also happy we were able to defeat Tunisia as we will face them in the Olympic qualifiers, so that was a good success for us."

Considered to be the two top teams in African football, both sides have won continental championships eight times, however Egypt has been on a roll winning the last six tournaments. The win against Tunisia moved the Pharaohs to 10th in the world ranking, and Egypt hopes to move up to eighth by the end of the tournament.

The highest Egypt has ever reached in the global ranking is 9th in 2009. In order to surpass that bench mark, Egypt will need to beat Venezuela on Tuesday and Iran on Wednesday marking the end of the tournament. Hopefully, Egyptians will continue to climb the rankings, but more importantly qualify for the Olympics.