Why do Egyptians always end up playing each other in squash finals? 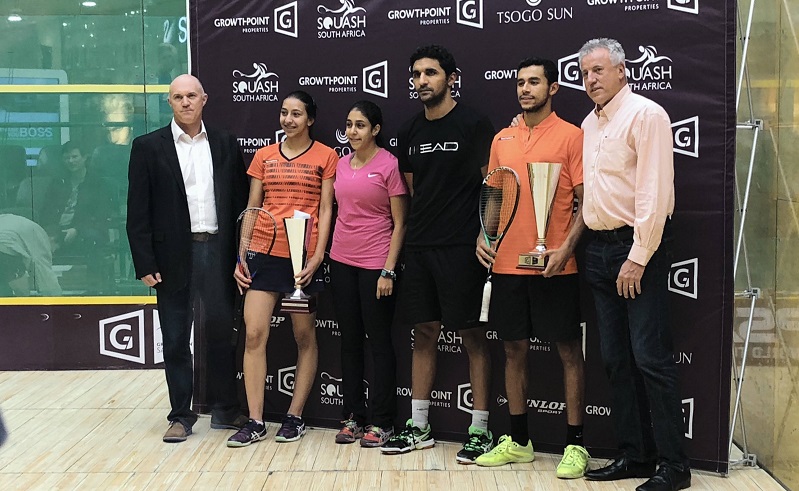 Egypt has taken home the trophy for both the women's and men's divisions of the Growthpoint South African Open Squash Championship, cementing their role as one of the top countries in the World in Squash.

Egypt's squash game is on point this year, fresh from victories in the World Junior Squash Championship that had Egyptians winning both awards, as well as Mohammed el-Shorbagy being awarded Men's Player of the Year, and Nour El-Sherbini being awarded Female Player of the year at the PSA awards in Dubai.

In the South African Open, Egyptian Mohammed El Sherbini was actually second seed on the team and managed to beat first seed, Mazen Gamal in a surprising turn of events, whereas 16-year-old Farida Mohamed chalked up her first victory at an international tournament. The match took place in an all-glass court in Brooklyn Mall in Pretoria, and it was the first time that an all-glass court was erected inside a mall in South Africa, giving free access to the public.

Egypt continues to shake the ground at Squash courts world-wide and is definitely a force to be reckoned with year after year of medals and qualifications.