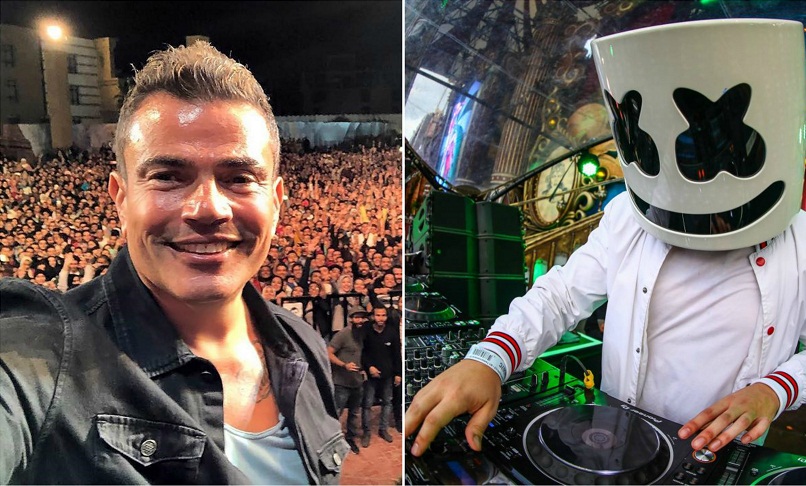 Acclaimed EDM producer and overall peculiar character, Marshmello, has announced on his Twitter that he will be collaborating with the monarch of Egyptian pop, Amr Diab.

Man this song with @amrdiab is going to be crazy

You can almost taste the excitement. Marshmello, or Chris Comstock if you’re not a fan of mystique, is known for his deadmau5-inspired ‘marshmallow’ helmet. His musical style is known for its synth and bass-heavy electronic grooves, which has gotten him some pretty widespread attention for his various remixes, as well as his single “Alone.”

There hasn’t been a response or statement or much in the way of anything from El Hadaba, but only time will tell if more details decide to surface.