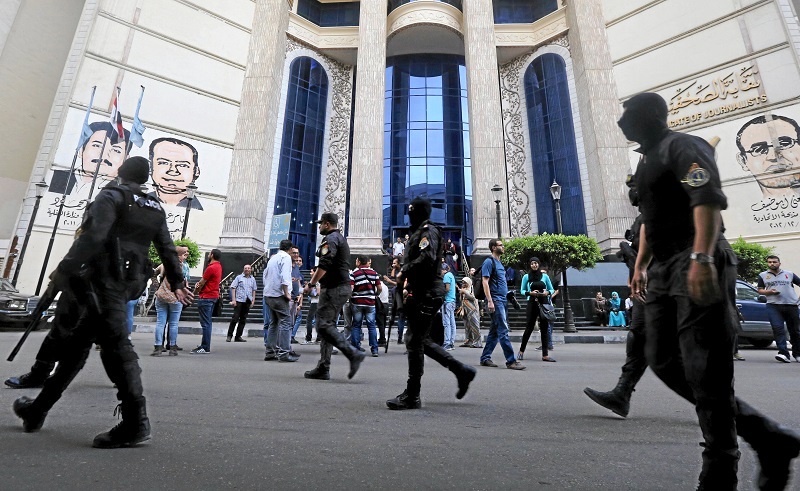 In its annual report on the freedom of press around the world, Reporters Without Borders declared Egypt as a country in a 'very serious situation', ranking 161st out of 180 countries on the World Press Freedom Index. Egypt, which moved two spots towards the bottom of the list since 2016, came 7 positions ahead of Saudi Arabia at 168, and fell short to war-torn Iraq, which made the list at 158.

"Egypt is now one of the world’s biggest prisons for journalists. Some spend years in detention without being charged or tried. Others face long jail terms or even life imprisonment in iniquitous mass trials," read Egypt's country report. "Under a terrorism law adopted in August 2015, journalists are obliged on national security grounds to report only the official version of “terrorist” attacks," explains the report. In a race to the bottom, other Arab and Middle Eastern nations competed for the title of the world's worst country for freedom of press; Libya, Yemen, Sudan and Syria appeared on the list at 163rd, 166th, 174th and 177th positions respectively. While Israel, Turkey and Iran snatched the 91st, 155th and 165th positions.

The only Arab exceptions to the deteriorating press situation in the region according to the report are Mauritania, Tunisia and Lebanon, which are the only Arab nations to rank at the top 100 countries for freedom of press, coming in at the 55th, 97th and 99th positions, scoring higher than countries like Brazil and Mexico.

According to the report, things aren't looking particularly better for Egypt's journalist in 2017: "A December 2016 law regulating the media is expected to increase government control of the media. Journalists and human rights defenders are meanwhile banned from much of the Sinai region," the report concludes.