Egyptian visitors will be able to get free guided tours of the Egyptian Museum all summer long. 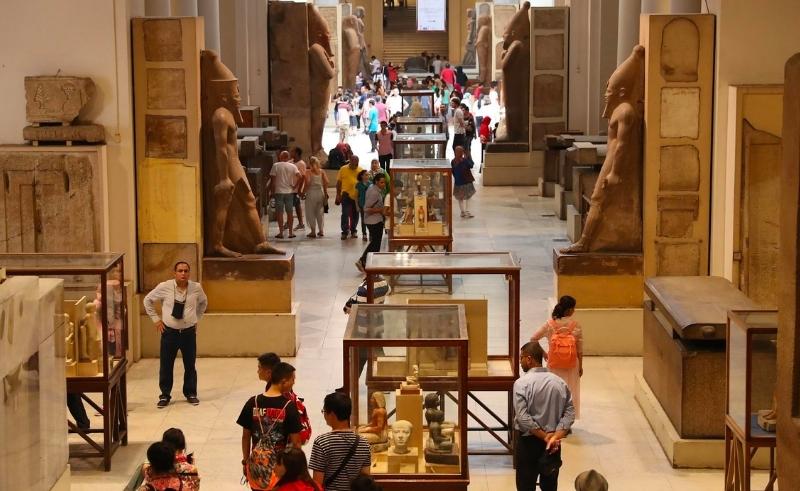 The Egyptian Museum in Tahrir will offer free guided tours during the entire summer season for Egyptian visitors, available every day of the week as well as official holidays. The guides will be made up of trained volunteers, most of whom are in a related field of study in university.

This comes in tangent with the Ministry of Tourism and Antiquities’ decision to change up the museum’s displays, including moving the statues of Khufu, Khafre and Menkaure to the ground floor, as well as the statue of King Djoser so that it would be placed next to the treasures found in his tomb. These new developments have been funded by the European Union, and are done in collaboration with five European museums: the Louvre in Paris, the Egyptian Museum in Turin, the National Archaeology Museum of Blyden, the Egyptian Museum in Berlin, and the British Museum  in London.