George W. Bush, fearless leader, man of the people, and artistic visionary will be showing over two dozen paintings this April at his first ever art exhibition... 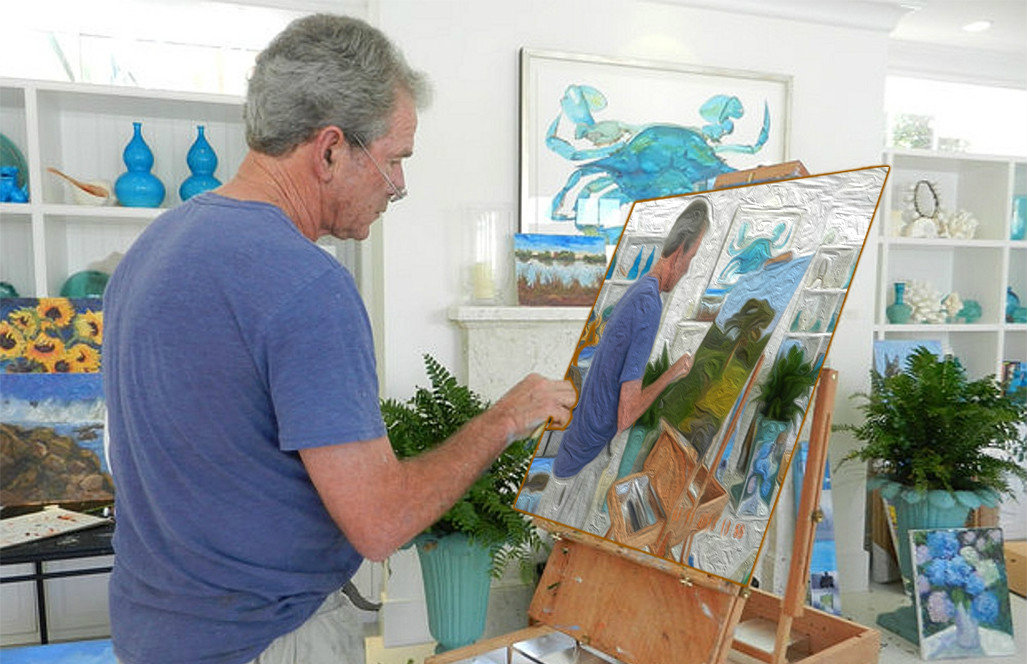 Who in their right mind would want to own a Rembrandt or a Picasso when they can own a George W. Bush original? Not us, that’s for sure. It's on our bucket list to hang a piece of art created by the former leader of the free world in our living rooms. Right up there with climbing Everest. Above it, actually.

Anyway, back to the matter at hand. In the best news we've received all day, George W. Bush, fearless leader, man of the people, and artistic visionary will be showing over two dozen paintings this April at his presidential library and museum in Dallas, Texas. And we thought the best thing Texas had to offer was cowboys. The exhibition, titled 'The Art of Leadership (oh god, the irony): A President's Personal Diplomacy' will feature never-before-seen masterpieces by the artiste so we suggest you start prepping (reserve your plane tickets early, guys) from now because April's only a short way away and you wouldn’t want to miss this monumental event.

According to the announcement by the George W. Bush Presidential Center, the exhibition will explore "the relationship that President George W. Bush forged with world leaders to shape international policy and advance American interests abroad." We await with breath that is baited.

The former president/invader of Iraq took up painting after leaving office in 2009. Apparently, he takes this new…career path, shall we call it?... very seriously. "It's changed my life," he says. At the offset of his prodigious career in the arts, Bush initially focused on dogs as his primary subject matter. "He started off painting dogs. I think he said he painted 50 dogs," one of his painting teachers, Bonnie Flood, told FOX 5 Atlanta last year. And of course, one cannot forget those stellar works of himself in the shower (shown below just in case you have not had the pleasure of seeing them yet). But here is the question on everyone's minds: We wonder what the paintings will be of? We already know he has a knacks for dog portraits, but what else does this genius have to offer? More importantly, can we have some pictures commissioned by the artist? Can we have a portrait of El Sisi please? For our new national flag?

We would just like to say that most visionary artists are not appreciated until after their time but by George, (pun totally intended) we WILL be appreciating this man's works! We are planning an office trip to Dallas as we speak. 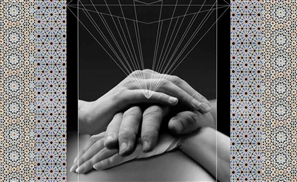 CARAVAN's The Bridge Back in Cairo

The global art phenomenon returns to Cairo this April, preaching tolerance and [...] 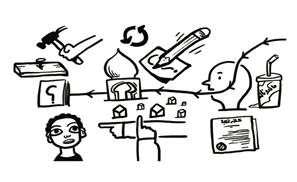 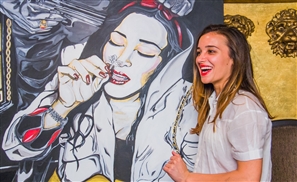 Conor Sheils sits down with edgy artist Kenzie Kingman - one half of duo Dikotomous [...]