Halal or Not? Raping Your Wife On a Camel

A Malaysian mufti is facing criticism across the world for suggesting that a man can always and forcibly have sex with his wife... Even on a camel. 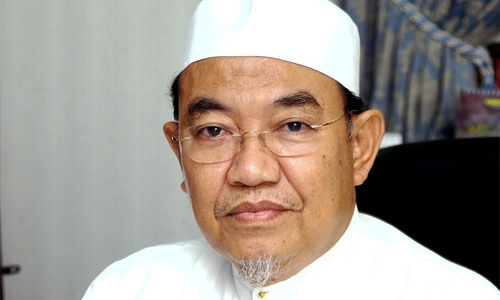 Looking to overtake Saudi Arabia’s lead on putting out absolutely ridiculous fatwas is Malaysia’s Perak Mufti Tan Sri Harussani Zakaria, who issued a ruling declaring it okay to rape your wife - even on a camel.

Reporting this aneurysm-inducing fatwa is Malay Mail Online, who quotes the deranged Mufti Zakaria as saying “There’s no such thing as rape in marriage,” adding “this is made by European people, why should we follow?” The clerici continues his point saying that Muslim women have “no right” to reject their husband’s calls for sex, and that even on a camel her husband has the right to have his way with her.

Religious critics argue that this Malaysian cleric was very selective and was citing metaphorical religious teachings, while neglecting the numerous verses that call for the protection of women and the responsibility of treating them gently.

As expected, the fatwa issued was met with an outpouring of infuriated Muslims and non-Muslims who took to social media to ridicule this statement, while others further questioned if it is even possible to have sex atop a camel and if this supposed fatwa means that Muslims can have sex in public.

No I will not give my husband sex on a camel. It's considered public offence to have sex in public and is illegal.

Crazy fatwa of the day http://t.co/sWxR2eMjO5

Let's be practical for a minute.You really want sex on a camel? A person that desperate shouldn't be married at all. http://t.co/zvH2Hhk8Wu

What the fuck kind of barbaric animalistic ideology is this? http://t.co/x7o9XwR44I