"He Should Get Treatment," Says Mo Salah About Amr Warda in New CNN Interview 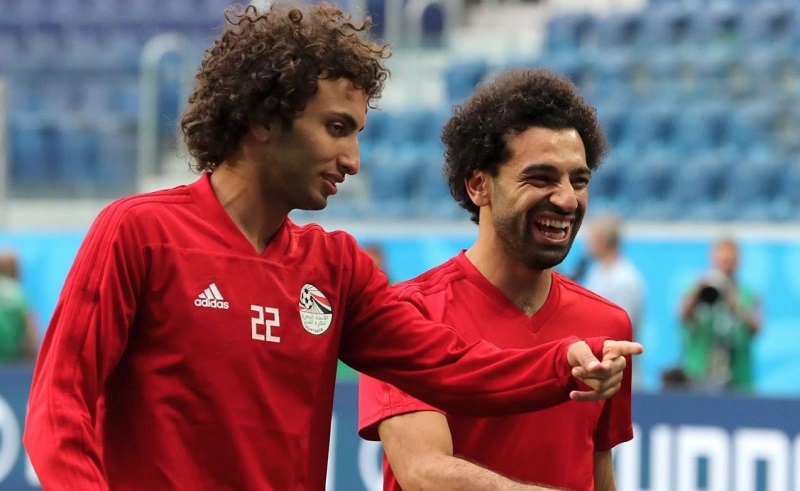 Mohamed Salah sat down for a talk with CNN's renowned presenter Becky Anderson, whose questions to the footballer covered everything from his ongoing dismay with how the Egyptian national team is being run, to the Amr Warda controversy where Salah was, for the first time, subjected to attacks on social media for his perceived support of Warda amidst allegations of sexual harassment made against him.

"Did your intervention help him get reinstated in the squad after he was initially suspended over allegations of sexual harassment," asked Anderson, to which Salah's response was "absolutely not, I'm not the National Team captain, i'm not the team manager [...] believe me, if I was powerful, I could've changed a lot of things there."

&quot;The most important thing is the fear. The fear is not healthy for anyone. So we have to fix that.&quot;

Liverpool footballing star Mohamed Salah talks to @BeckyCNN about the issue of sexual harassment and what change is needed.

Following up on the controversial tweet, in which Salah wrote 'we need to believe in second chances', Anderson pointed out that it wasn't the first time Warda was accused of sexual harassment, carrying on to ask Salah, "what do you say to people who criticized that tweet and said that you're endorsing his behaviour?"

"That has happened before, and it's still happening now," answered Salah. "He has to get a treatment... rehabilitation, just to make sure that it's not going to happen again."

Furthermore, Salah stressed on that people misunderstood his tweet. "What I'm talking about is that the woman needs to get her right in the Middle East."

"We have to accept there's a problem, and I know it's very difficult to accept that," elaborated Salah. "But it's a 100% that the problem is running deep."