Kotobi is a new app which offers what is probably the most extensive collection of Arabic e-books all at a click of your phone or tablet. 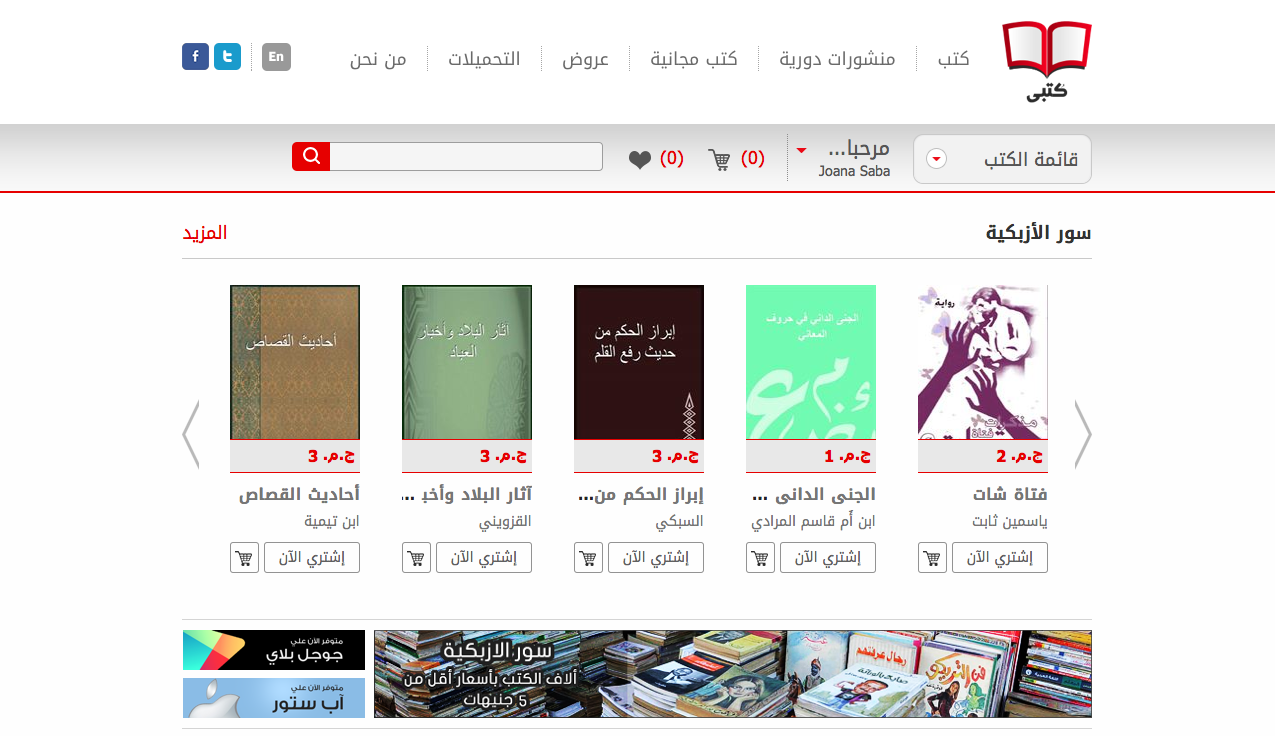 There's a new app on the market called Kotobi, and it can best be described as the Egyptian answer to Amazon's Kindle, offering thousands of e-books, mostly in Arabic, but also in English.

In its Sour el-Azbakeya section you can get Arabic novels right on your phone or tablet for as little as one EGP. The app also offers such Egyptian bestsellers as Vertigo and The Blue Elephant.

There's also an extensive selection of free books, many of which are English classics, including canonical texts like Brave New World, Heart of Darkness and The Picture of Dorian Gray.

The app is sponsored by Vodafone, with the stated aim of increasing the national reading rates in Arabic countries, which are much lower than their counterparts elsewhere in the world.

You can download Kotobi from the App Store or on Google Play.