Lady Gaga has abandoned her usual risqué style in favour of a more conservative touch ahead of her upcoming concerts in the UAE. 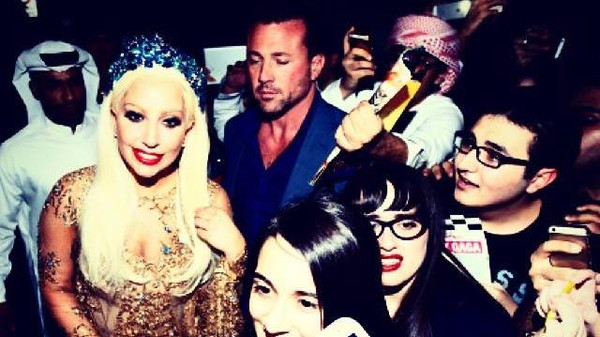 Lady Gaga has fallen in love with the Middle East and has even paid tribute to the Burqa.

The usually raunchy star jetted into Dubai ahead of shows later this week. Speaking about the reasons behind the gig, the star revealed her Gulf ambitions and even spoke of her love for modest Islamic dress.

She said: "Most importantly, while I'm here, I'd like to leave a message of light and happiness and creativity and freedom with the fans, and that's more important than my clothes.

“The song Aura is about the aura that we all carry with us. Our essence. So, the burqa, the curtain, the veil, these are all metaphors I use to bring fans from all over the world with different cultures together.”

Speaking about the trip Gaga told fans: “My fans were so sweet at the airport I was so choked up! I have been dreaming of coming to the Middle East and finally #dreamscometrue.”

Meanwhile the star later took the opportunity to show off her swanky Dubai hotel suite. She added: "Lady Dubai in my absolutely exquisite hotel. What a privilege to be here. They have been so gracious and kind to me. #DubaiMonster4Life."